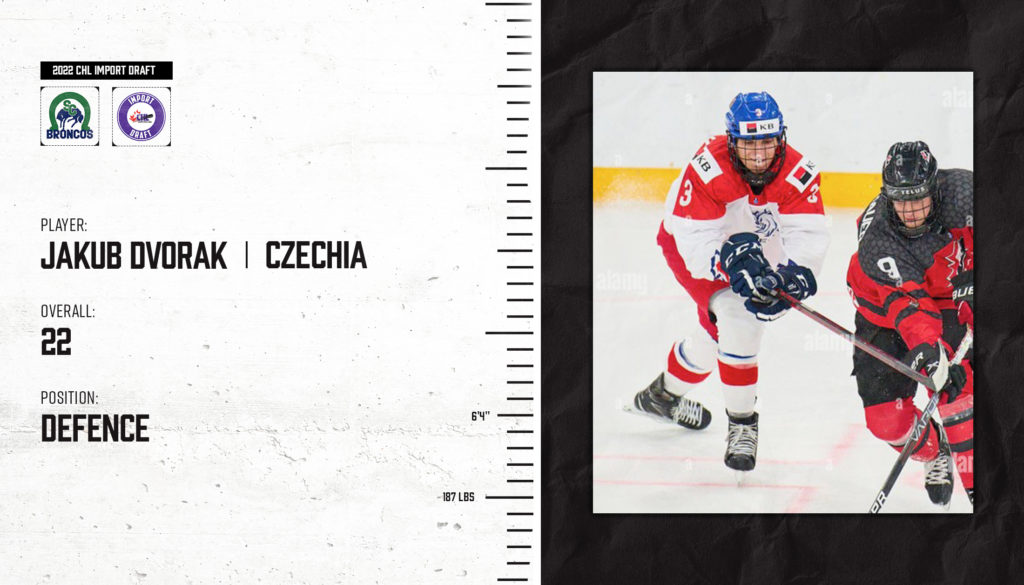 The left-shot defenceman also represented Czechia at the U18 World Hockey Championship, suiting up for all six games at the event.

Dvorak will join returning defenceman Rayan Bettahar as the Broncos two import players for training camp in the fall.