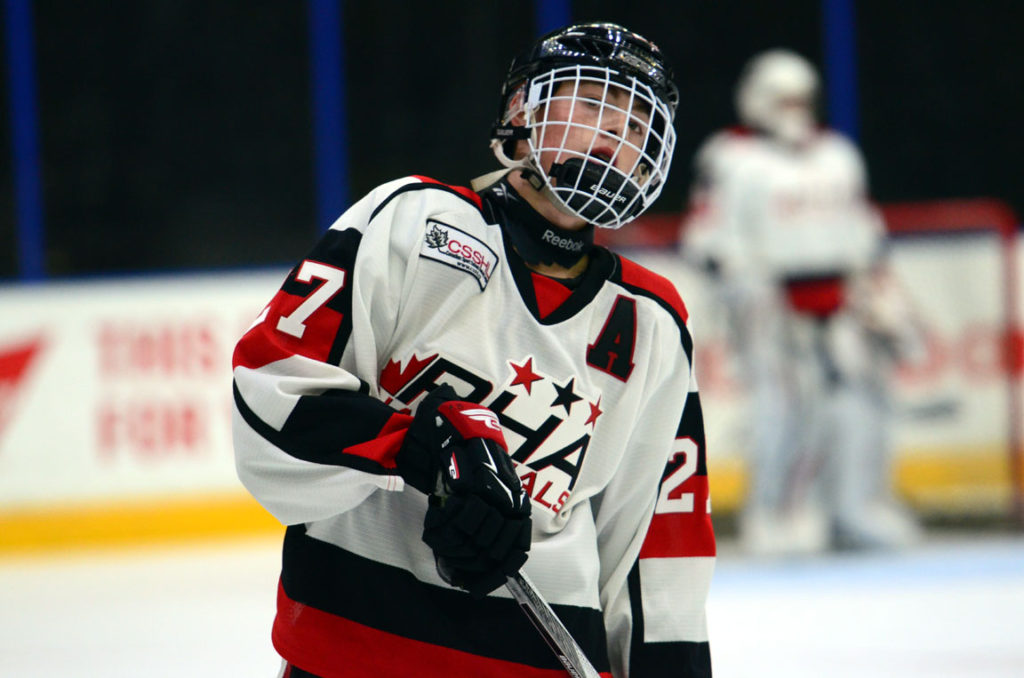 Swift Current, SK: The Swift Current Broncos pulled off a trade three days ahead of the 2,018 WHL Trade Deadline, sending prospect defenceman Joel Sexsmith to the Vancouver Giants in exchange for a first round pick at the 2,019 WHL Bantam Draft.

A product of Edmonton, AB, Sexsmith was selected by the Broncos with their first round pick, ninth overall at the 2,017 WHL Bantam Draft. The 6’1, 185lb rear guard has played in eight games for the Northern Alberta X-Treme Prep squad of the CSSHL and has amassed four points (1g-3a) to go along with 12 penalty minutes. He also participated in the WHL Cup this past fall, having suited up for Team Alberta and notching three points (1g-2a), helping Alberta claim a silver medal.

Swift Current returns to action on Friday, January 12th when they faceoff against the Prince Albert Raiders at the Art Hauser Centre. Puck drop is set for 7:00pm CT.