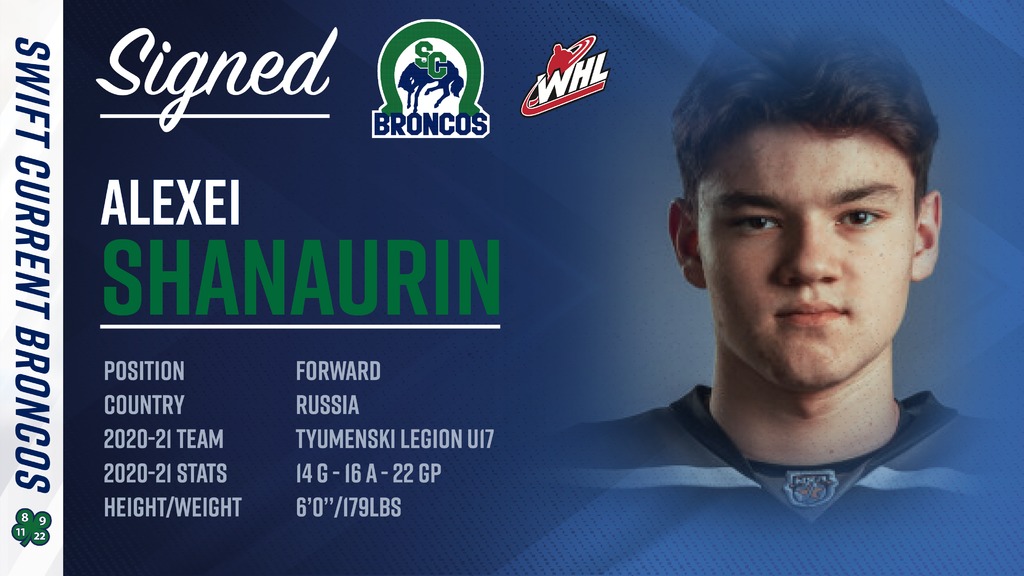 Shanaurin, from Russia, was selected with the 119th overall pick in the 2021 CHL Import Draft.

He will join his teammates for training camp at the Innovation Credit Union iPlex in September.