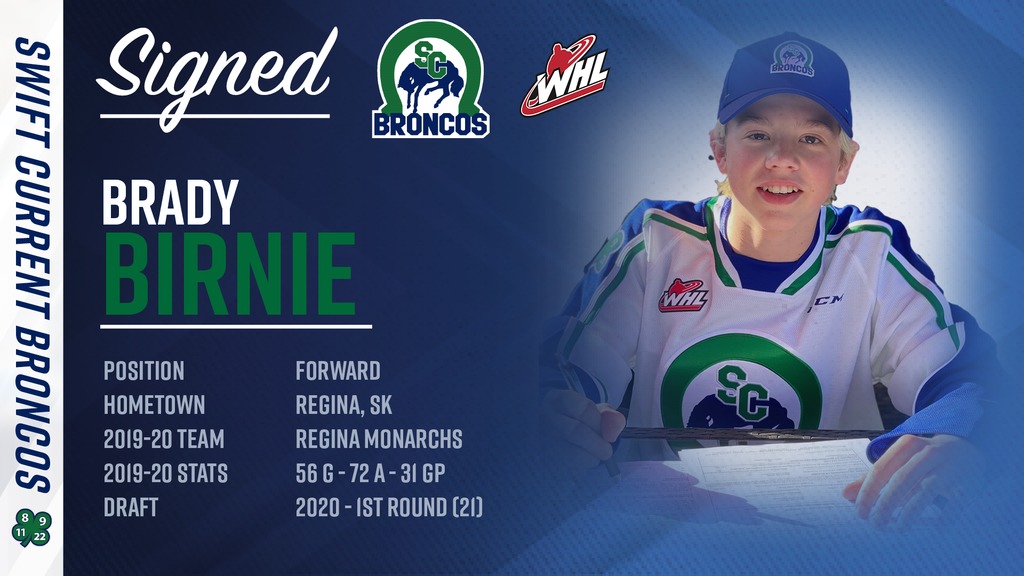 Birnie, from Regina, spent the 2019-20 season with the Regina Monarchs of the Saskatchewan Bantam AA Hockey League, scoring 56 goals while adding 72 assists in just 31 games. He then added six goals and four assists in just three playoff games.

He also dressed for three games with the Regina Pat Canadians U18 team, scoring once.

Birnie is the first member of the Broncos 2020 draft class to sign with the club.