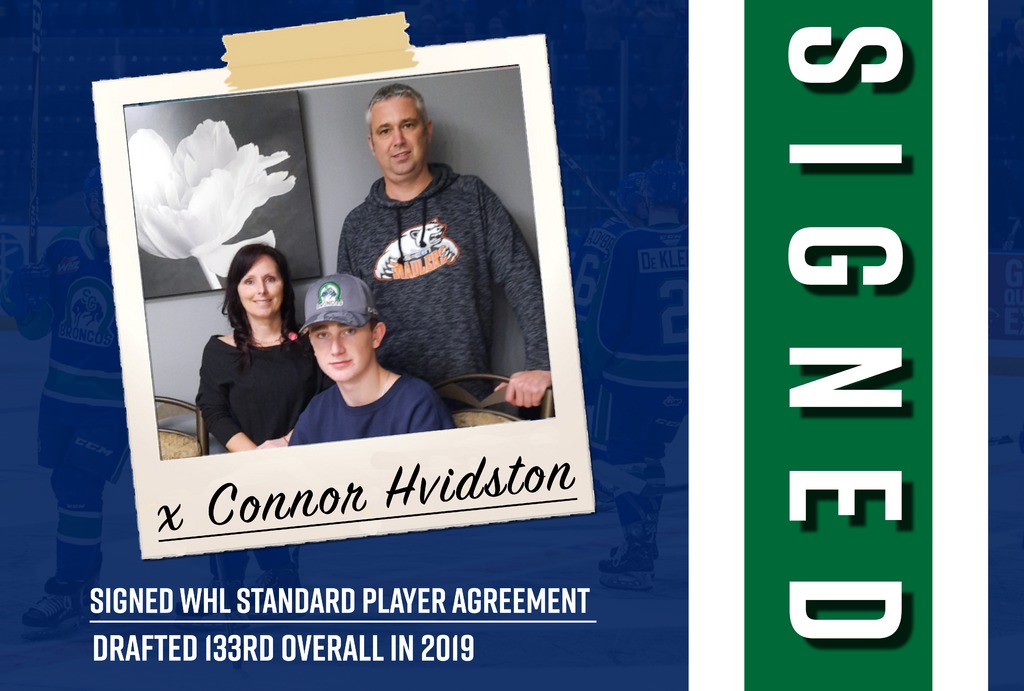 Hvidston, from Tisdale, Sask., was selected by the Broncos with the opening pick in the seventh round, 133rd overall, in the 2019 WHL Draft. In his draft year Hvidston scored 27 goals with 30 assists in 31 games with the North East Wolfpack U15.

Joining the Yorkton Maulers of the Saskatchewan U18 League for the 2019-20 season, Hvidston established himself as the go-to player for the Maulers by leading the team in scoring with 14 goals and 14 assists. He was named the Maulers Top Rookie, Top Scorer, Top Forward and Team MVP.

While he was limited to just seven games before the 2020-21 Saskatchewan U18 League was paused, Hvidston exploded out of the gate with six goals and six assists to sit third in league scoring.

With the signing the Broncos now have seven of their 10 selections from the 2019 draft committed to the team, as Mathew Ward, Reid Dyck, Josh Davies, Josh Filmon, Karson King and Owen Pickering have also signed.