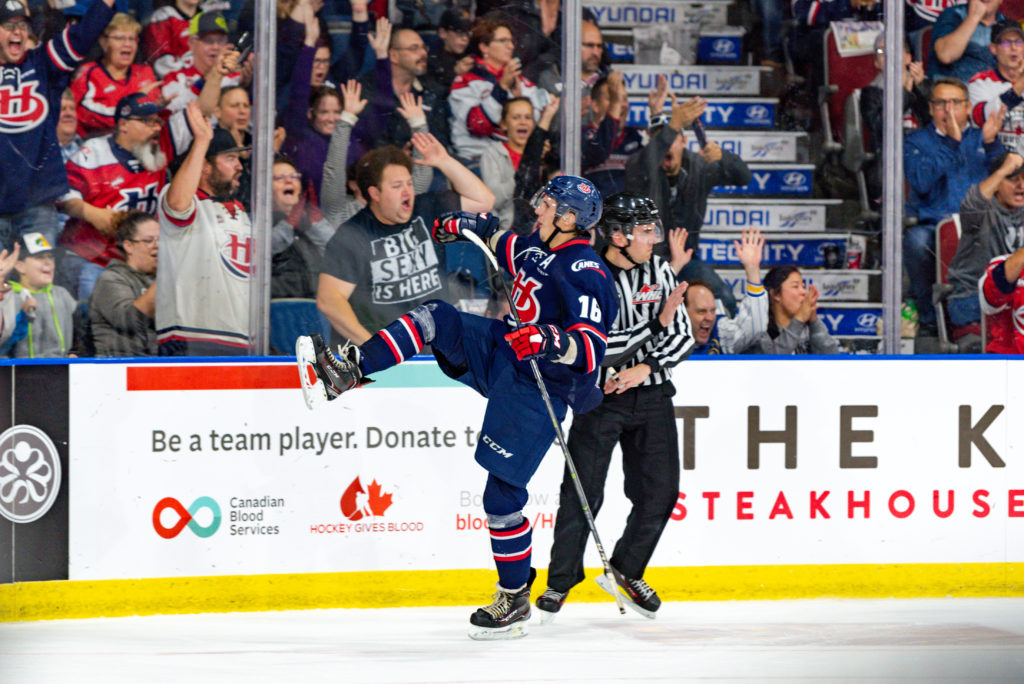 SWIFT CURRENT, SK  –  The Swift Current Broncos announced today they have signed 1999-born forward D-Jay Jerome to a Standard Player Agreement after claiming him off waivers earlier in the week.

Jerome, from Lethbridge, spent the first 40 games of the season with his hometown Hurricanes, scoring 14 goals and adding 14 assists.

Last season the 6’3’’ forward spent the entire campaign with the Victoria Royals, scoring a career high 23 goals and 19 assists in 68 games.

For his career, Jerome has played in 207 WHL games scoring 45 goals and adding 42 assists. His career has seen him make stops in Prince Albert, Red Deer, Victoria and Lethbridge.

He is expected to join the team and make his Broncos debut Saturday when the Broncos are in Lethbridge to play the Hurricanes.