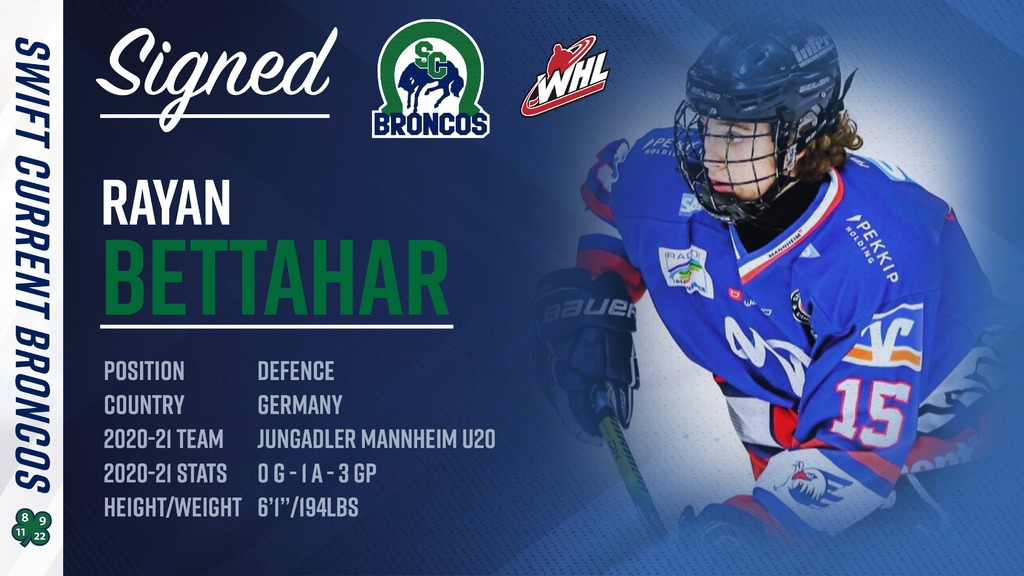 Bettahar, born in Poland, was limited to just three games of league action during the 20-21 season posting an assist for the Jungadler Mannheim U20 team.

During the 2019-20 campaign Bettahar scored five goals and added 25 assists in 35 games for the Jungadler Mannheim U17 program.

The 6’1’’, 194-pound defenceman represented Germany at the 2021 World U18 Championships in Texas earlier this year.

Bettahar, the first German player ever selected by the Broncos in the CHL Import Draft, will join his new team on the ice for training camp in September.