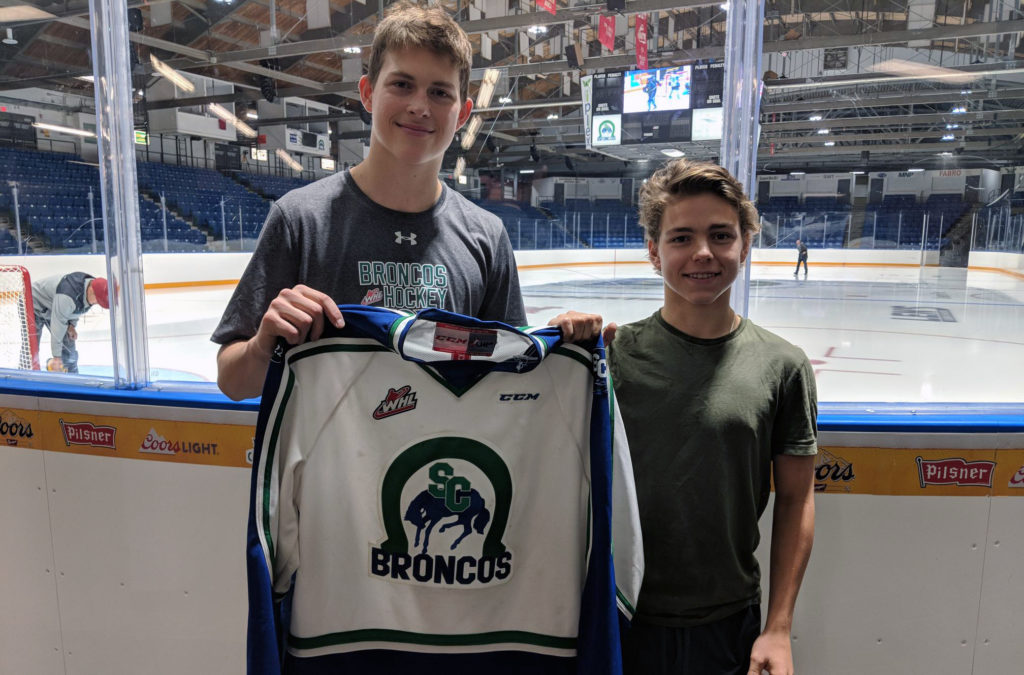 Swift Current, SK: The Swift Current Broncos are keeping busy with shaping out their roster for the present and the future as Head Coach and Director of Hockey Operations Dean Brockman announced Thursday that they have signed forward Sam Schofield to a WHL Standard Player Agreement.

“I’m very happy,” said Schofield. “I’m going to bring energy, lots of energy for my teammates and the crowd whenever I’m out there.”

Schofield skated for the Burnaby Winter Club Elite 15s of the CSSHL during the 2017-18 campaign and has offensive skill, totalling 27 points (12g-15a) in 34 games. Furthermore, the Yellowknife, Northwest Territories product scored a goal and an assist in three playoff tilts.

For the Broncos, the signing of Schofield marks their second of the day after the club signed 15-year-old goaltender Jordan Fairlie earlier on Thursday morning.

The Broncos begin preseason play this weekend at the Brandt Centre in Regina. They will play their first game on Friday, August 31st against the Regina Pats at 7:00pm. The tournament will continue the following day as the Broncos face the Saskatoon Blades on Saturday, September 1st at 3:30pm.

Season Tickets for the 2018-19 season are presently on sale. Season tickets can be purchased by calling 306-773-1509 ext. 1 or visiting the Stable during regular box office hours.