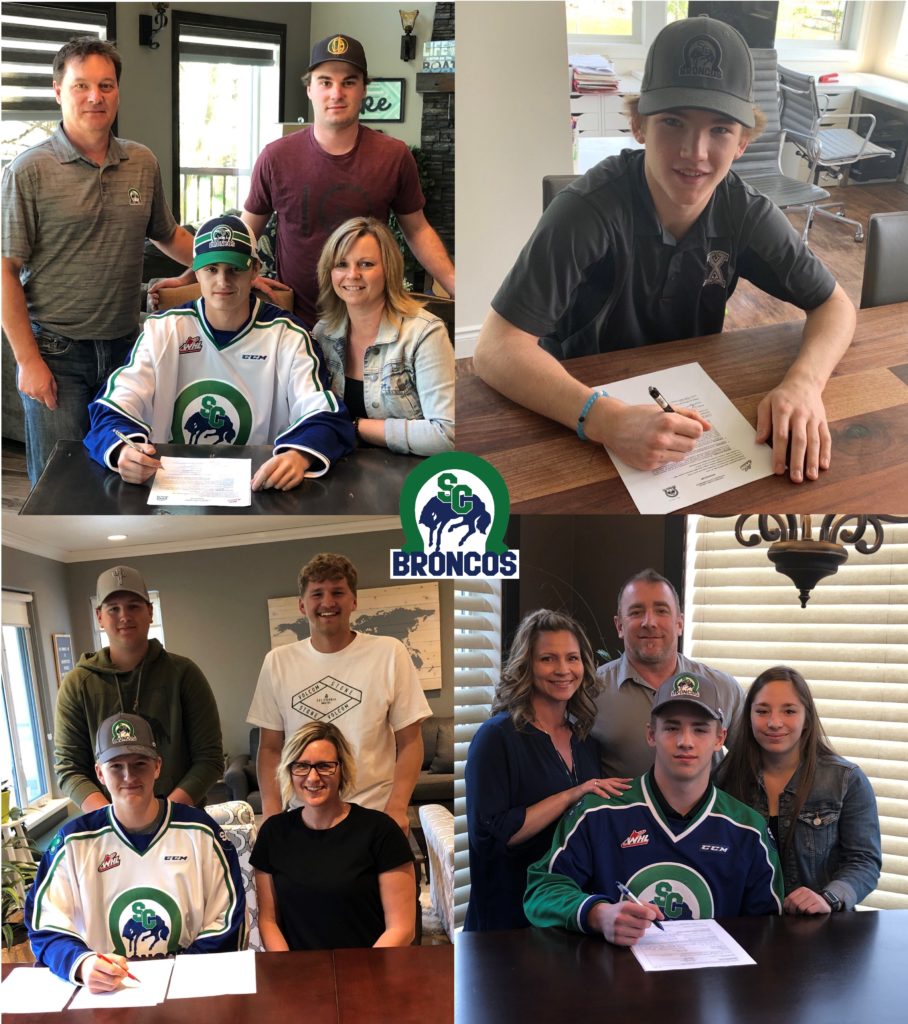 Head Coach and Director of Hockey Operations Dean Brockman shares his enthusiasm for these players, stating “we are extremely excited to have these four young men and their incredible families be a part of the Broncos’ family“. 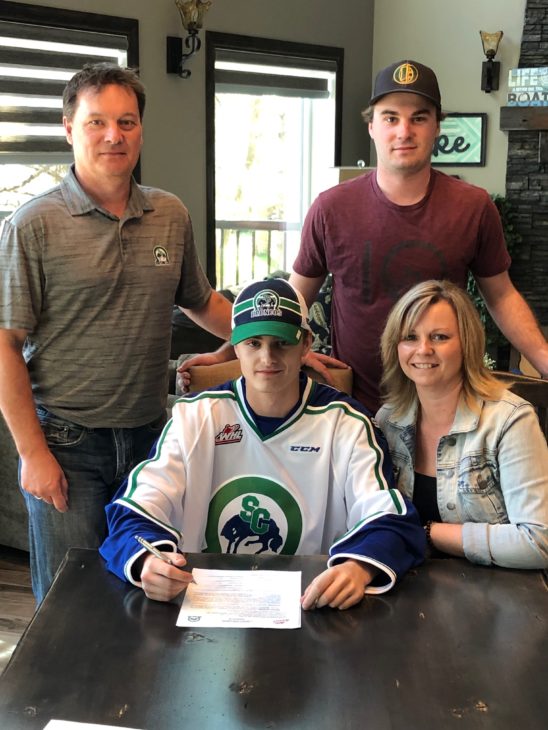 Forward Braeden Lewis of Virden, MB was selected in the 6th round of the 2018 Draft. A responsible and smart 2-way forward, Braeden played the last 3 seasons with The Southwest Cougars AAA teams, with 10 goals and 20 assists in 45 games with the Manitoba AAA Midget team in 2018-19. In his 2017-18 draft year, Braeden had 47 points in 28 games, including 23 goals with the AAA Bantam team. Dean Brockman notes “Consistency and work ethic have been his trademarks, and these are characteristics we are looking forward to seeing on the ice”. 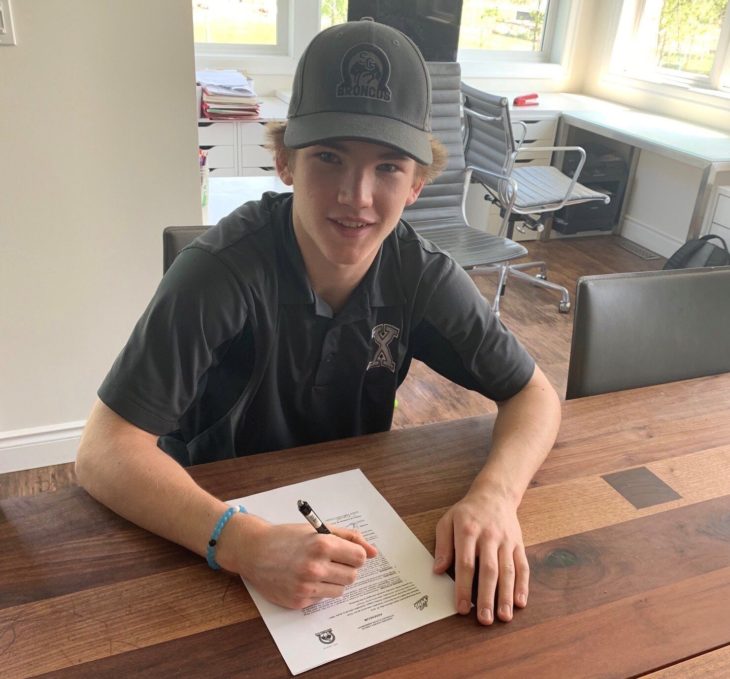 Caleb Wyrostok, a forward from Medicine Hat, AB was selected in the 9th round of the 2018 Draft and is expected to be a fan favorite with his high energy and ability to rise to the moment. “Caleb is highly competitive; we love his win at all costs attitude”, explains Brockman. In 30 games with the Northern Alberta Elite 15s of the CSSHL in 2018-19, Caleb potted 20 goals and recorded 15 assists. Capping of a successful year, Caleb had two goals in the semi finals of the CSSHL playoff’s and had the game winner in the final as NAX won the elite 15’s. 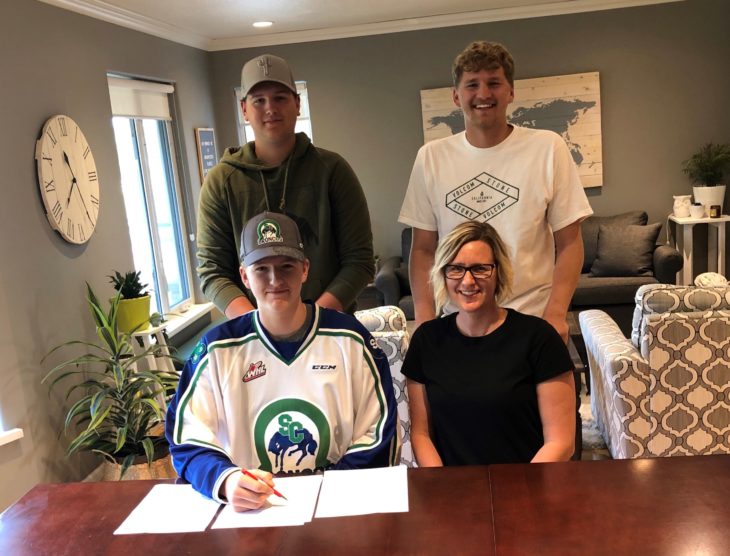 Goaltender Reid Dyck of Winkler, MB was the second goaltender selected in the 2019 WHL Draft, selected with the 1st pick of round 3. The 6’2” goalie played 36 games with The Pembina Valley Hawks of Winnipeg Bantam AAA, with a GAA of 3.44.  Brockman adds that “Reid has the ability to steal games, his ability to play in pressure situations make him a highly regarded prospect for the Broncos.” 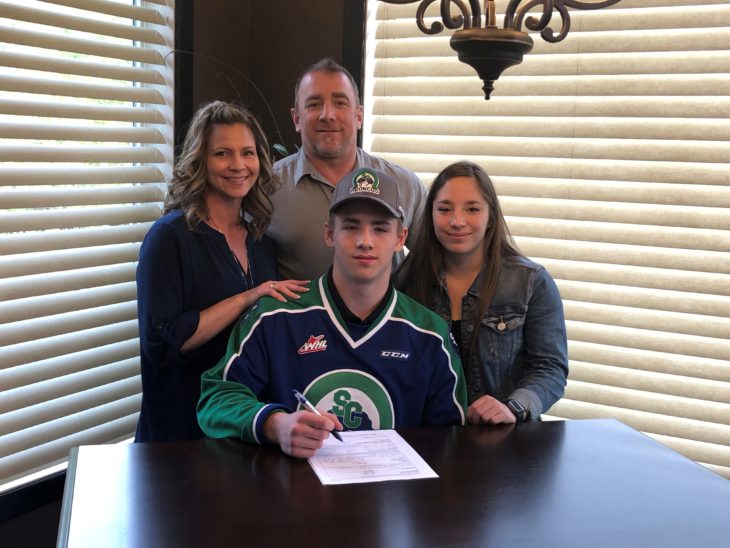 Taken with the 10th pick in round 3 of the WHL Draft, Josh Davies is a forward with natural goal scoring abilities and a strong drive to compete. “Josh’s ability to score goals and compete on a regular basis made him very attractive to draft and sign”, notes Brockman. From Airdrie, AB, the left shot forward had 20 goals and 9 assists in 28 regular season games with the Edge School Bantam Prep team of the CSSHL, and played 3 games in the 2019 Alberta Cup, logging a goal and an assist.