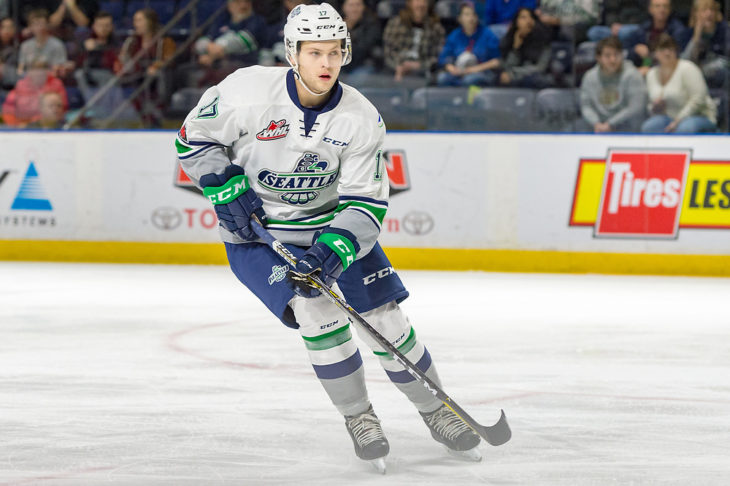 Kaluski, the 1999-born forward, has been playing with the Lloydminster Bobcats of the Alberta Junior Hockey League for the last few months, scoring one goal in six games.

Kaluski spent the previous three seasons in the Western Hockey League with the Moose Jaw Warriors and Seattle Thunderbirds, skating in 131 games with nine goals and 16 assists.

The 6’0’’ forward had a career night January 9 of 2019 when he scored a hat trick against the Prince Albert Raiders in a 4-1 Seattle win.

Kaluski has joined his teammates in Swift Current and will make his Broncos debut tonight in Lethbridge.