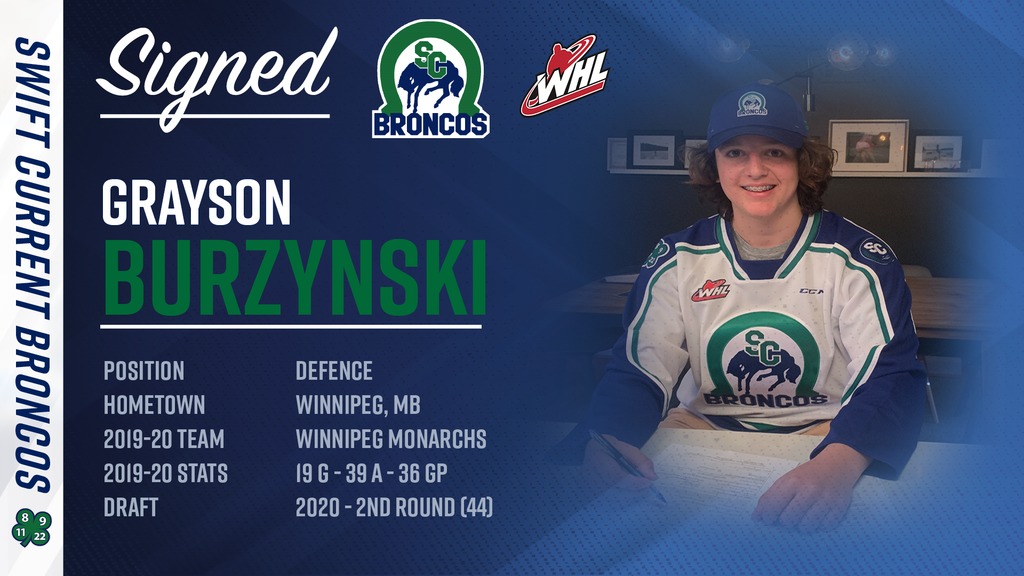 Burzynski, from Winnipeg, Man., played last season with the Winnipeg Monarchs of the Winnipeg Bantam AAA league, scoring 19 goals and 39 assists in 36 games to help the Monarchs to a 28-5-1-2 record.

His 58 points in 2019-20 led the league in scoring by a defenceman, while his 19 goals tied for first in the league. The number was only matched by another Broncos draft pick, Liam Saxberg.

“I’m so excited to officially be a Swift Current Bronco,” Burzynski said. “I can’t wait to get on the ice for training camp with my future teammates and make an impact on the team.”

The 6’3’’ Burzynski then added six goals and eight assists in 10 playoff games, once again tied with Saxberg for the most in the league by a defenceman.

He was teammates with another Broncos 2020 draft pick, Rylan Gould, who was selected with the 42nd pick and signed his SPA on May 6.

Burzynski is the third member of the 2020 draft class to sign with the team joining first-round pick Brady Birnie and Gould.