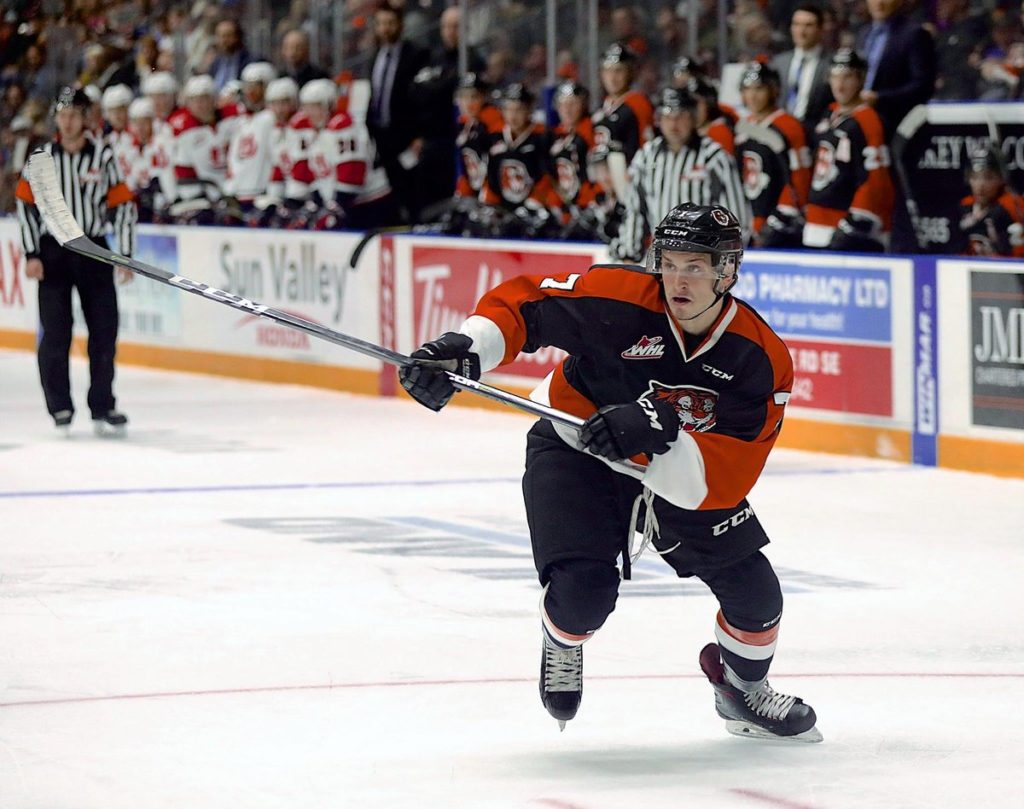 Ostir, from Winnipeg, enters his fifth and final year of junior hockey with the Broncos. Last season he played in 49 games for the Medicine Hat Tigers, scoring 11 goals and adding 11 assists. He added two more goals in six playoff games.

Originally the 36th overall pick of the 2014 WHL Bantam Draft, Ostir has since suited up for 195 career games with the Spokane Chiefs and Tigers, scoring 29 goals and 41 assists.

The right-shot forward has also played internationally, claiming a gold medal with Team Canada White at the World Under-17 Hockey Challenge in 2016.

O’Rourke has played 73 with the Broncos since the beginning of the 2018-19 season. The Broncos would like to thank him for his efforts and wish him the best in the future.

Ostir will join the Broncos on Monday.