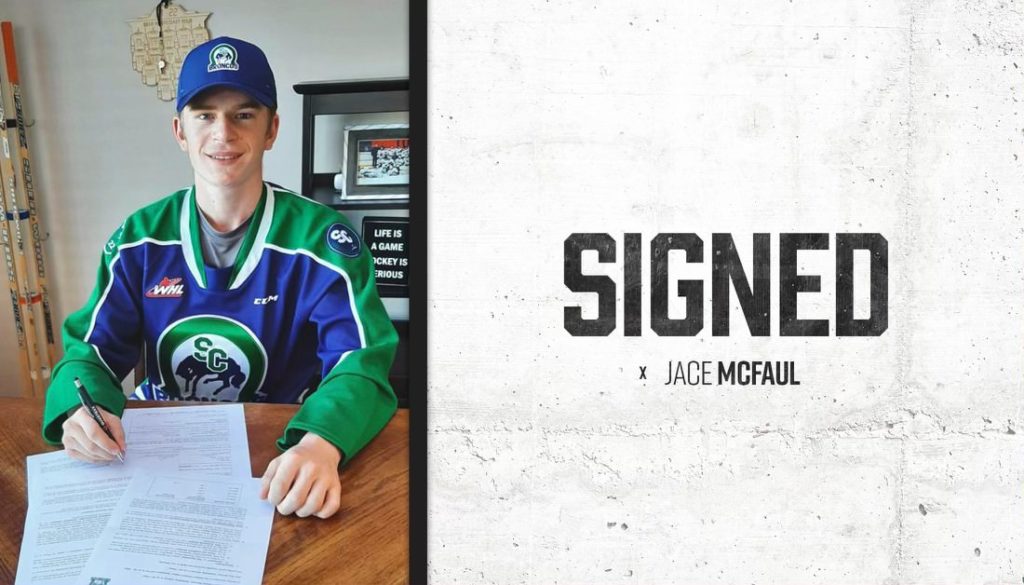 Swift Current, Sask. – The Swift Current Broncos announced today that they have signed 2007-born defenceman Jace McFaul to a Standard Player Agreement. He was drafted with the 26th overall pick in the 2022 WHL Prospects Draft.

McFaul, from Edmonton, Alta., was selected after recording 46 points (13-33-46) in 30 games with the Pacific Coast Hockey Academy U15 program in Victoria. The right-shot defenceman also dressed for eight games with the U16 team, registering four assists.

“We are very excited to have Jace sign with our program,” said Broncos general manager Chad Leslie. “He has so much offensive upside, the ability to make plays under duress and he defends very well. We have a great opportunity to watch him play some games with our group right now and later on in the season to give him some experience that will benefit him immediately.”

The Broncos acquired the pick used to draft McFaul from the Vancouver Giants, moving the 54th overall selection, previously acquired from the Regina Pats, and a 2023 first-round pick.