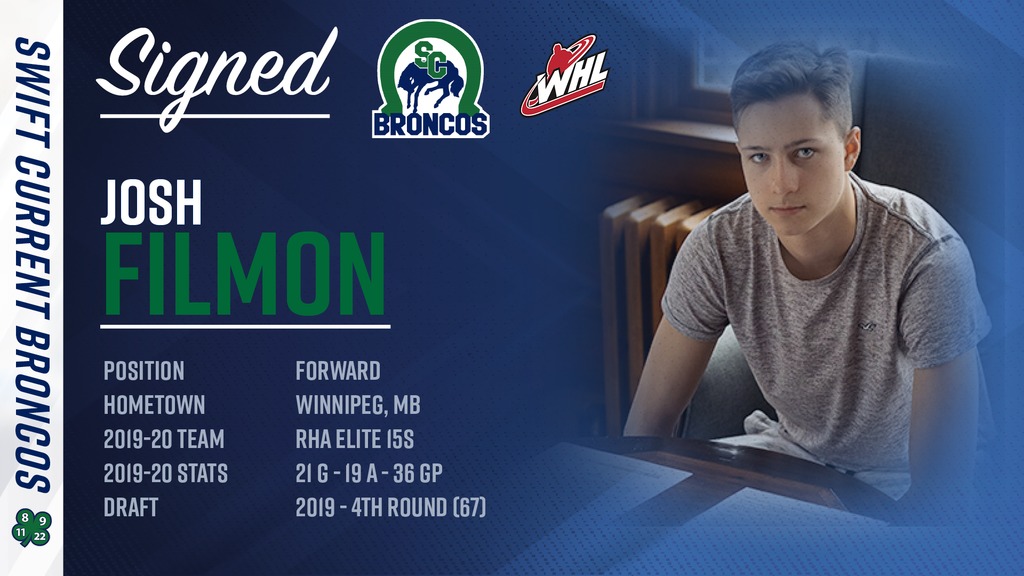 Filmon, from Winnipeg, was drafted in the fourth round after posting eight goals and 20 assists in 29 games with the Rink Hockey Academy Bantam Prep team during the 2018-19 season.

In 2019-20 Filmon skated with the RHA Elite 15s team, upping his production to 21 goals and 19 assists in 36 games. He added a goal and two assists in two playoff games before the CSSHL Championships were cancelled. He also dressed for one game with the RHA Midget Prep team, recording an assist.

His 40 points ranked second on the RHA Elite 15s team in scoring while his 21 goals put him eighth overall in the league.

“I can’t thank my family enough,” Filmon said. “I’m super excited to be part of the Broncos organization.”

He was teammates with fellow Broncos prospect Owen Pickering in 2019-20.

The 6’1’’ forward becomes the fifth member of the 2019 draft class to sign with the Broncos joining Mathew Ward, Reid Dyck, Josh Davies and Pickering.