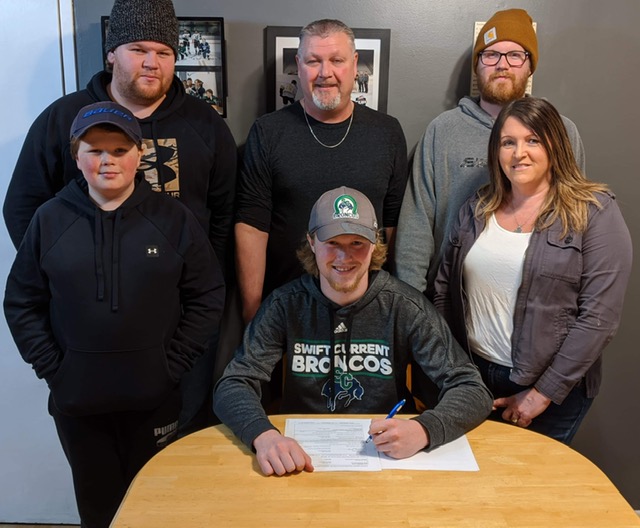 King, from Warren, Man., was selected with the first pick in the sixth round, 111th overall, in the 2019 WHL Draft. The Broncos selected King after he posted 21 goals and 20 assists in 35 games with the Interlake Lightning U15. Originally a defenceman, King made the switch to forward for the 2018-19 season.

Following the WHL Draft, King moved to the U18 level with the Interlake Lightning for the 2019-20 season, scoring 16 goals and adding 15 assists in 44 games.

King’s 16 goals ranked tied for sixth amongst 2004-born skaters in the MU18HL last season, while his 31 points put him tenth.

Limited to just four games this season before the MU18HL was put on hold, King recorded three assists.

By committing to the Broncos King becomes the sixth member of the Broncos 2019 draft class to sign with the team, joining Mathew Ward, Reid Dyck, Josh Davies, Josh Filmon and Owen Pickering.