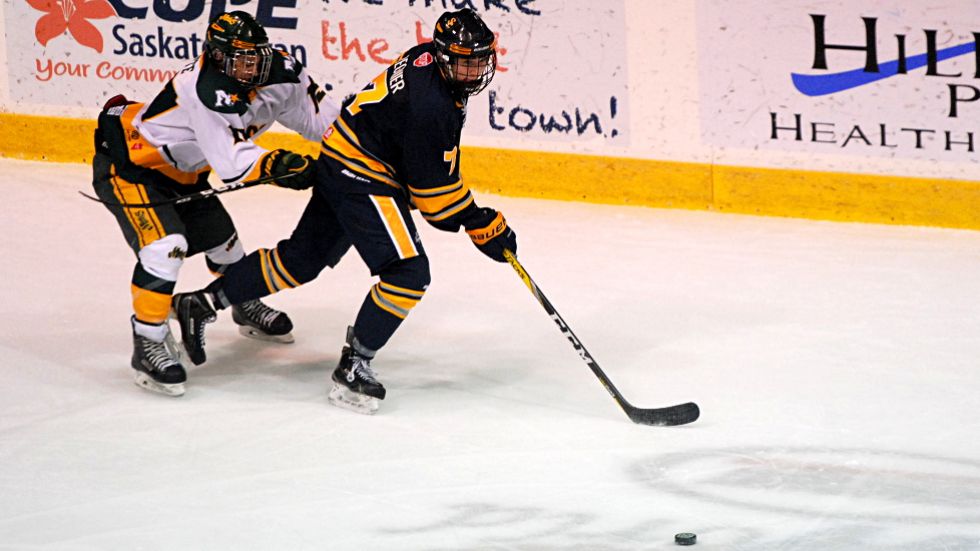 “Regnier had an outstanding season for the Legionnaires and we’re excited to see what he can bring our hockey club into the future,” said Director of Player Personnel Manny Viveiros. “He will likely receive playing time these last few games down the stretch so we can get an early look at his skill set.”

Regnier was selected in the 11th round, 230th overall by the Broncos in the 2015 WHL Bantam Draft. The native of Prince Albert, SK netted 18 goals and 36 assists for 54 points this season for the Swift Current Legionnaires in 44 contests.

The Broncos close out the regular season with four games in five nights beginning Tuesday, March 14th with a date against the Brandon Wheat Kings at the Keystone Centre while the final regular season home game goes Friday, March 17th against the Moose Jaw Warriors for Fan Appreciation Night.

To purchase your tickets, please call 306-773-1509, visit the Stable or buy online at tickets.scbroncos.com.