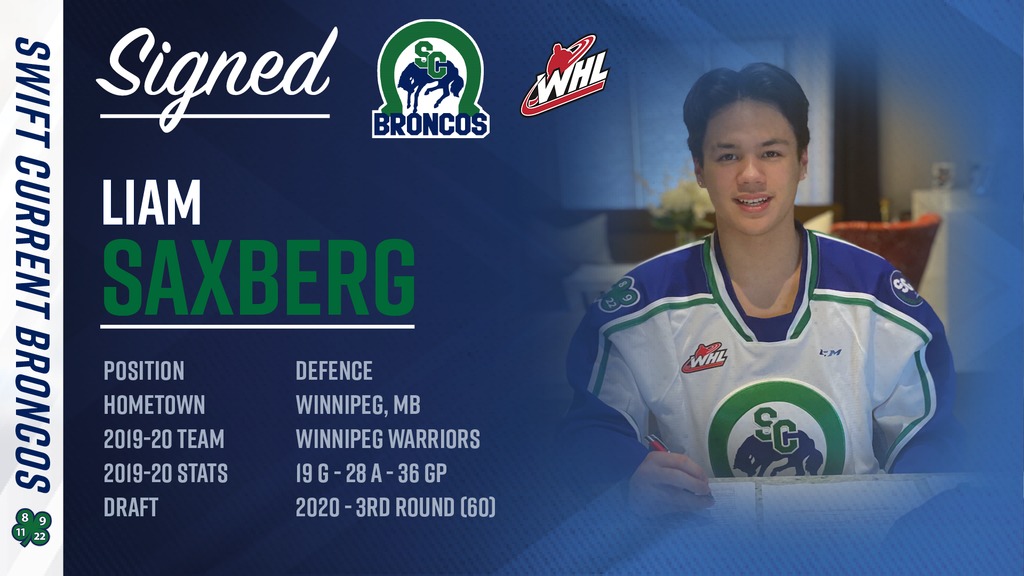 Saxberg, from Winnipeg, Man., played last season with the Winnipeg Warriors of the Winnipeg Bantam AAA league, scoring 19 goals and 28 assists in 36 games to help the Warriors to a perfect 36-0-0-0 record.

His 47 points in 2019-20 was the third-highest total by a defenceman, while his 19 goals tied for first in the league. He was tied with Grayson Burzynski, the Broncos 44th overall pick.

In the playoffs Saxberg scored four times and added 10 assists in 10 games. The 14 points was tied for first in playoff scoring by a defenceman, again tied with Burzynski.

Saxberg is the fourth member of the 2020 draft class to sign with the team joining first-round pick Brady Birnie and second-round picks Rylan Gould and Burzynski.