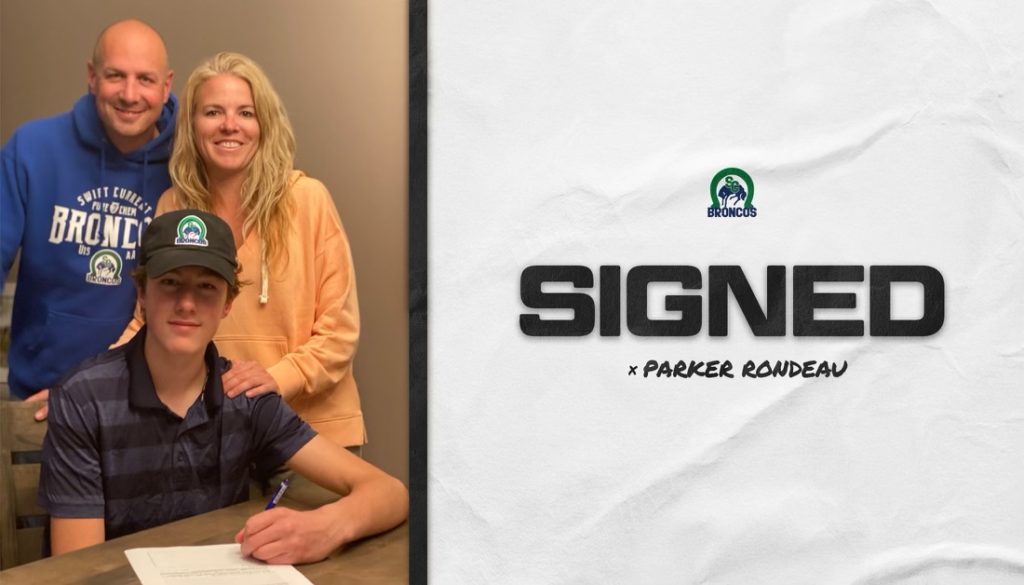 The 5’10’’ Rondeau then continued his scoring pace in the playoffs by recording 16 points (7-9-16) in 10 post season games, helping the U15 Broncos reach the league finals. He also dressed for five games with the Swift Current Legionnaires, picking up two assists.

Parker will join the Legionnaires full time for the 2022-23 season.

He becomes the second member of the Broncos 2022 draft class to sign with the team, joining first-round pick Peyton Kettles.