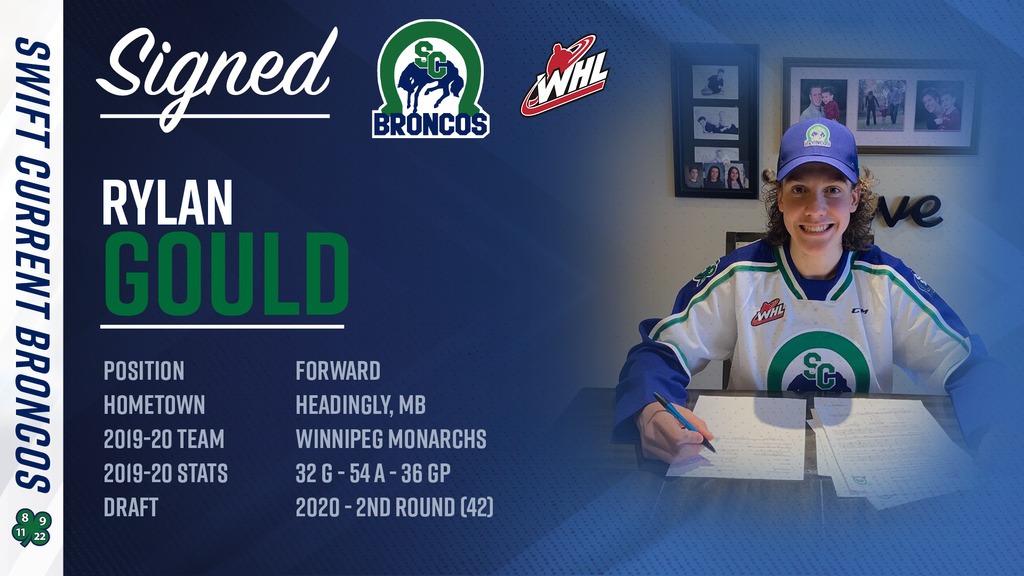 Gould, from Headingly, Man., was drafted in the second round after scoring 32 goals and adding 54 assists in 36 games with the Winnipeg Monarchs Bantam AAA team in 2019-20. He then posted seven goals and 13 assists in just 10 playoff games.

His 86 points ranked fourth in the Winnipeg Bantam AAA league in 2019-20 with his 54 assists coming third in the league. His 20 playoff points were the second most in the league. Gould also served as the Monarch’s captain for 2019-20.

“I am so excited to be a part of such a great organization,” Gould said. “I can’t wait to make an impact and help the Broncos get back to where they belong.”

He was teammates with another Broncos 2020 draft pick, Grayson Burzynski, who was selected with the 44th pick.

Gould is the second member of the 2020 draft class to sign with the team joining first-round pick Brady Birnie.