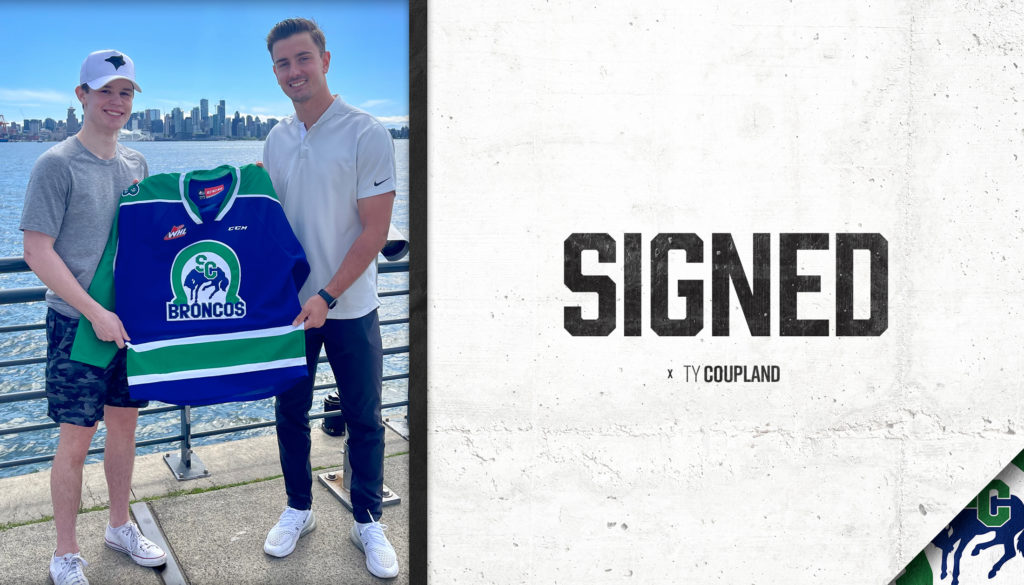 Swift Current, Sask. – The Swift Current Broncos announced today that they have signed 2007-born forward Ty Coupland to a Standard Player Agreement. He was drafted 42nd overall by the Broncos in the 2022 WHL Prospects Draft.

Coupland, from North Vancouver, B.C., had a very impressive 2021-22 season despite being limited to just 21 games. In limited game action, Coupland still posted 65 points (36-29-65) for the Vancouver Northwest Hawks, all while serving as the team’s captain. The right-shot forward’s production continued in the playoffs as he recorded 14 points (7-7-14) in seven playoff games.

“We were very excited with this pick and we feel the ceiling with Ty is very high,” said Broncos general manager Chad Leslie following the draft. “He thinks the game well, has puck skills and has the ability to finish. He has tremendous skill on the power play and is very familiar with what we have going on here in Swift Current.”