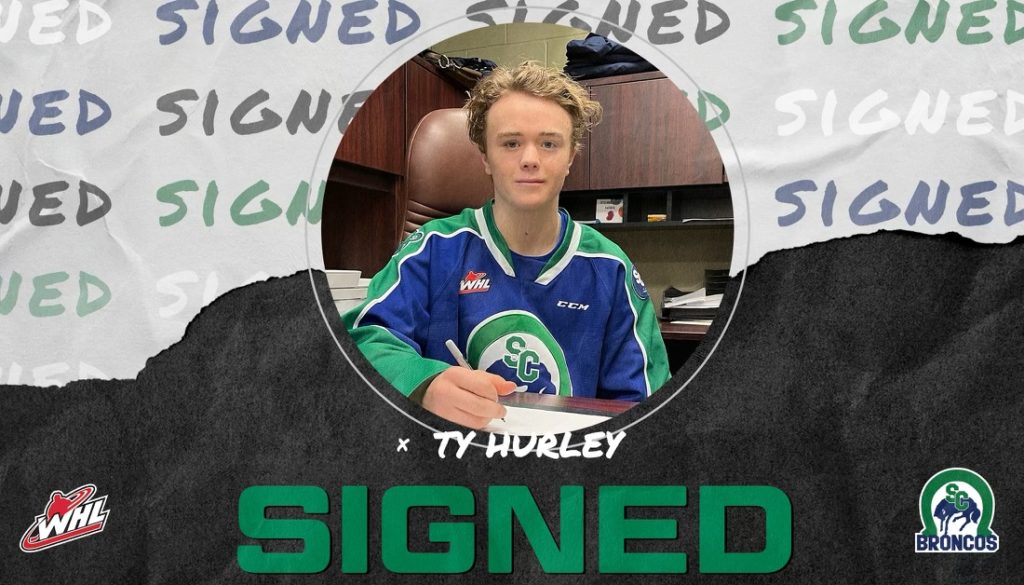 Hurley, from Sherwood Park, Alta., spent the first half of the 2021-22 season playing for his hometown Sherwood Park Crusaders of the Alberta Junior Hockey League, scoring once and adding five assists in 27 games.

“We are excited to add Ty to the roster,” said Broncos interim general manager Chad Leslie. “Ty is an intelligent player that plays with pace and thinks the game very well. He has some offensive upside to tap into down the road, and will be a player that can play a number of different roles for us when he gets his feet wet.”

The Broncos drafted Hurley in 2019 after he scored 25 goals and added 18 assists in 33 games with the U15 Sherwood Park Flyers.

Following his draft year Hurley played for the Sherwood Park U18 Kings and scored four goals with six assists in 29 games during the 2019-20 season.

Hurley will wear number 39 and is expected to make his WHL debut on Wednesday when the Broncos travel to play the Lethbridge Hurricanes. He is the eighth member of the 2019 draft class to sign with the Broncos.