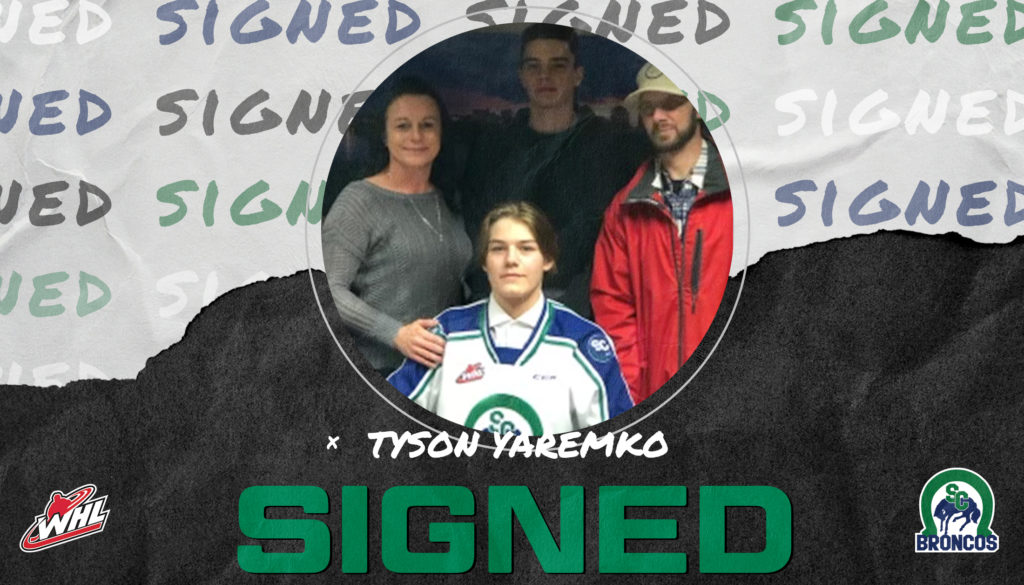 Yaremko, from Saskatoon, is playing for the Saskatoon Blazers in the Saskatchewan U18 League this season and leads the team in goals with 18 while adding 11 assists for 29 points. His 18 goals rank him second in the SMAAAHL.

“Tyson has been a consistent offensive contributor for the Blazers this season,” said Broncos travelling scout Pete Cockburn. “He has picked up his level of play defensively and has been counted on to score timely goals when needed.”

“I am very happy for Tyson and his family,” said Broncos interim general manager Chad Leslie. “Tyson has worked hard on his 200-foot game and continues to score in a variety of ways that we feel will translate to the next level. We’re very happy to have Tyson and his family be part of the Broncos organization.”