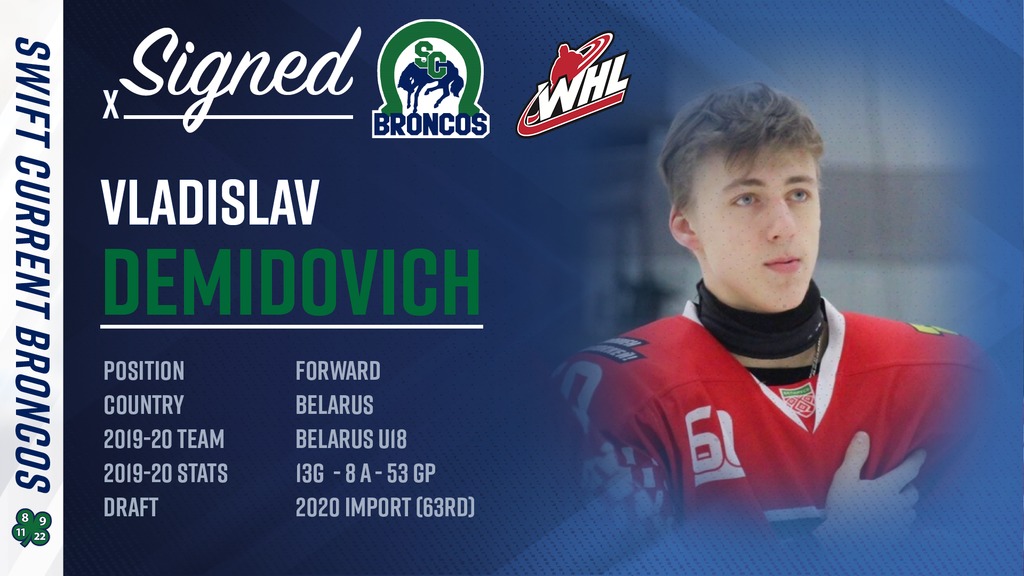 “He’s a player that brings size up front and a willingness to go to the net,” Broncos head coach and Director of Hockey Ops Dean Brockman said shortly after the CHL Import Draft. “He’s a fluent skater and we think once he gets comfortable, he’s a player that can score some goals for us.”

Demidovich, from Belarus, was drafted after scoring 13 goals and adding eight assists in 54 games while playing for the Belarusian Under-18 team in the Belarusian Extraleague B, the second-division professional league in Belarus.

The 2002-born forwards 13 goals ranked fifth amongst U18 players in the Belarusian Extraleague B.