Broncos stay perfect in pre-season with win over Tigers 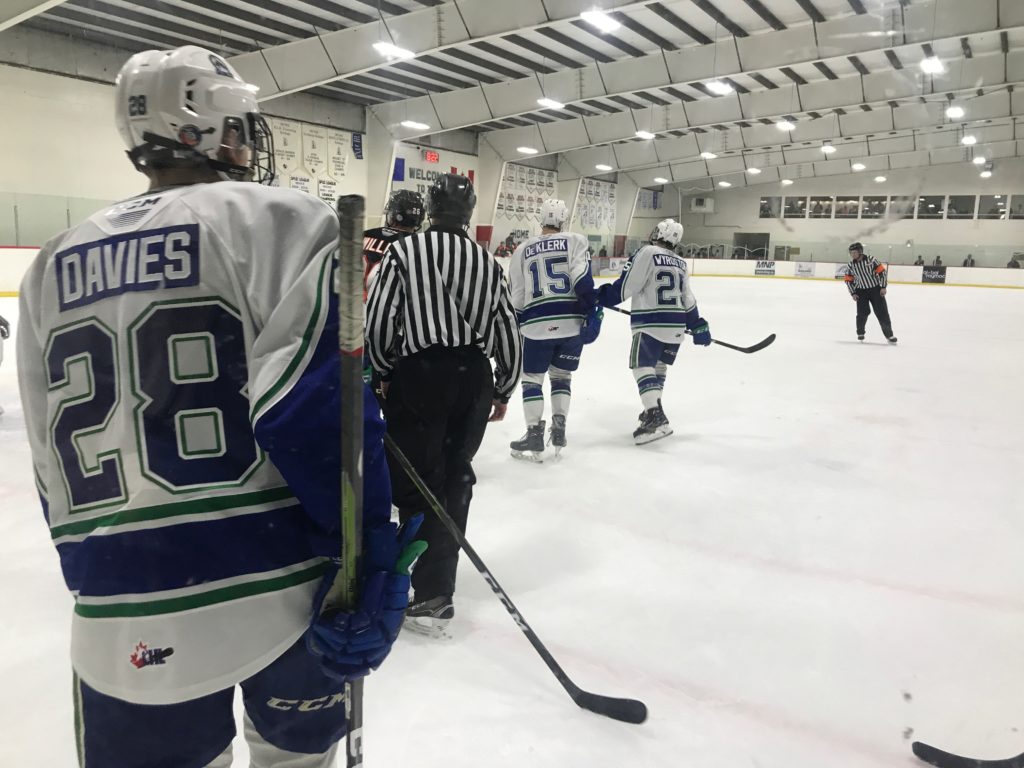 Irvine, AB – The Swift Current Broncos improved to 3-0 in pre-season play with a 4-2 win over the Medicine Hat Tigers in Irvine Wednesday night.

A scoreless first period saw the Broncos control the majority of the play, outshooting the Tigers 14-6.

Early in the second, Brandon Machado jumped on a loose puck in front of the net and gave the Broncos a 1-0 lead.

Medicine Hat responded with a power-play goal eight minutes later, as Jaxon Steele leaned into a one timer from the left circle and beat Jordan Fairlie on the glove side.

In the final minute of the second, Kye Buchanan deflected a point shot from Austin Herron into the net to restore the Broncos lead heading into the third period. The shots read 30-16 Swift Current through 40 minutes.

Josh Davies scored his fifth goal in three pre-season games with a wrist shot from the slot to extend Swift Current’s lead to 3-1 6:15 into the final frame.

Davies was later called for a double minor high sticking call, and the Tigers closed the gap to one during the power play.

Aiden Bulych would seal the win for the Broncos with the empty net goal with just over a mibute to play. Failrie turned aside 11 of the 12 shots he faced, before Reid Dyck stopped eight of nine to pick up the win.

The Broncos now return home to the Innovation Credit Union iPlex to take on the Regina Pats at 7:00 Thursday night.

Admission is free for season ticket holders and $5 to the general public, though fans will be given free entry with a donation to the Salvation Army at the front door.