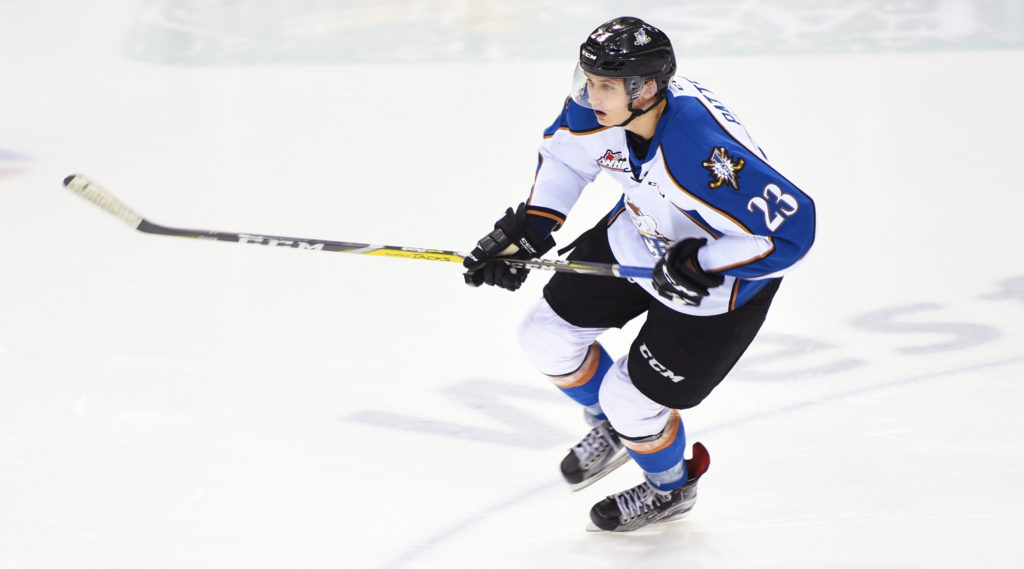 Swift Current, SK: The Swift Current Broncos have acquired 1999 born forward Max Patterson from the Kootenay ICE in exchange for goaltender Bailey Brkin and a conditional fifth round selection in the 2018 WHL Bantam Draft.

“Patterson is a player we see help our depth up front,” said Broncos Head Coach and Director of Player Personnel Manny Viveiros. “We are excited to have him join our organization, but at the same time we wish all the best to Bailey moving forward.”

Broncos season tickets are currently on sale now. Call 306-773-1509 ext. 1 or stop by the Stable during regular box office hours to claim your seats.