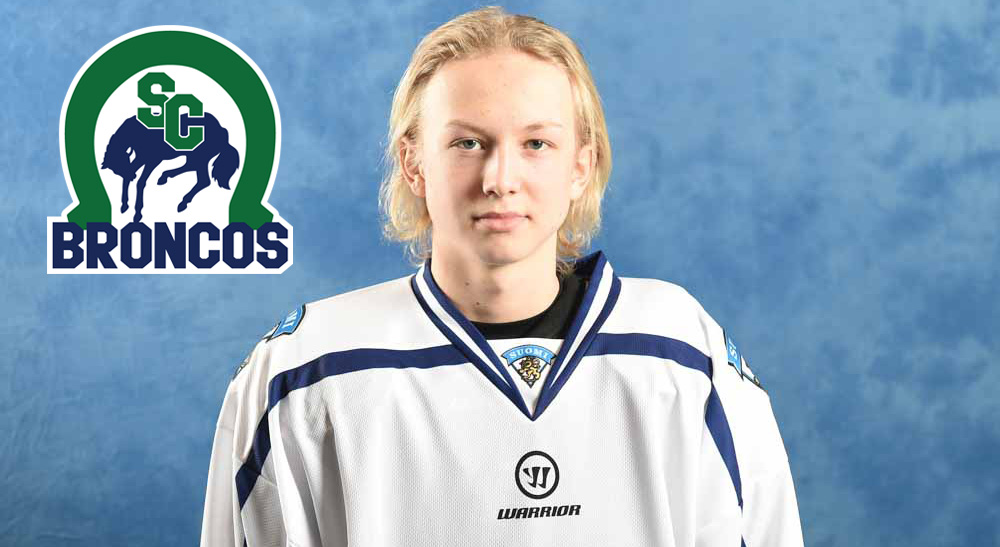 SWIFT CURRENT, SK – The Swift Current Broncos announced on Tuesday that the Club has selected 1999-born forward Aleksi Heponiemi with the 10th overall pick in the 2016 CHL Import Draft.

Heponiemi spent the duration of the 2015-16 season with Ilves U18 of the Jr. B SM-sarja league in Finland and was named an All-Star. The native of Tampere, FIN racked up 65 points (25g-40a) in 39 games while adding six points (2g-4a) in five playoff contests.

The 17-year-old also suited up for the Ilves U20 squad in the Jr. A SM-liiga league, recording four points (2g-2a) to go along with a plus-4 rating in seven games. Furthermore, he added a goal in seven playoff games, en route to claiming a championship with Ilves U20.

Heponiemi also has international experience as he played in five games with Team Finland at the 2015 World U-17 Hockey Challenge.

The Broncos passed on their second round selection at the CHL Import Draft.