Broncos to Induct Sheldon Kennedy into Team’s Hall of Fame 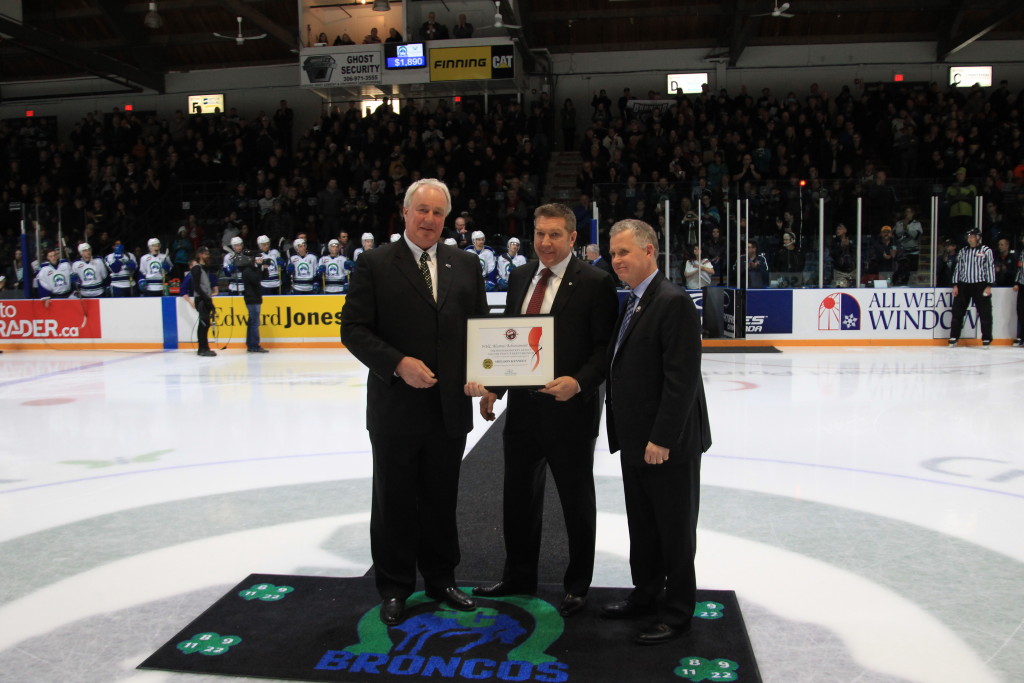 SWIFT CURRENT SK – The Swift Current Broncos will be inducting Sheldon Kennedy into the team’s Hall of Fame May 27th 2016 at 7pm.
The ‘Denim, Boots and Diamonds’ event will be held at the Credit Union i-Plex Curling Rink.
Kennedy played 159 games as a member of The Swift Current Broncos from 1986-89 earning hall of fame calibre stats with 134 goals and 287 points. Kennedy was the captain of the Broncos when Swift Current won the 1989 Memorial Cup Championship.
Kennedy is best known around the world as an advocate for victims of abuse and has been instrumental in bringing governments, public and private sector partners together to work collaboratively to influence policy change and improve the way child abuse is handled. Among numerous honours, Kennedy was named to the Order of Canada in 2014 for “his courageous leadership in raising awareness of childhood sexual abuse”.
Tickets are now available for the event. Individual passes are $60 or you can book a table of 8 for $420. Call The Stable at 306-773-1509 for tickets.