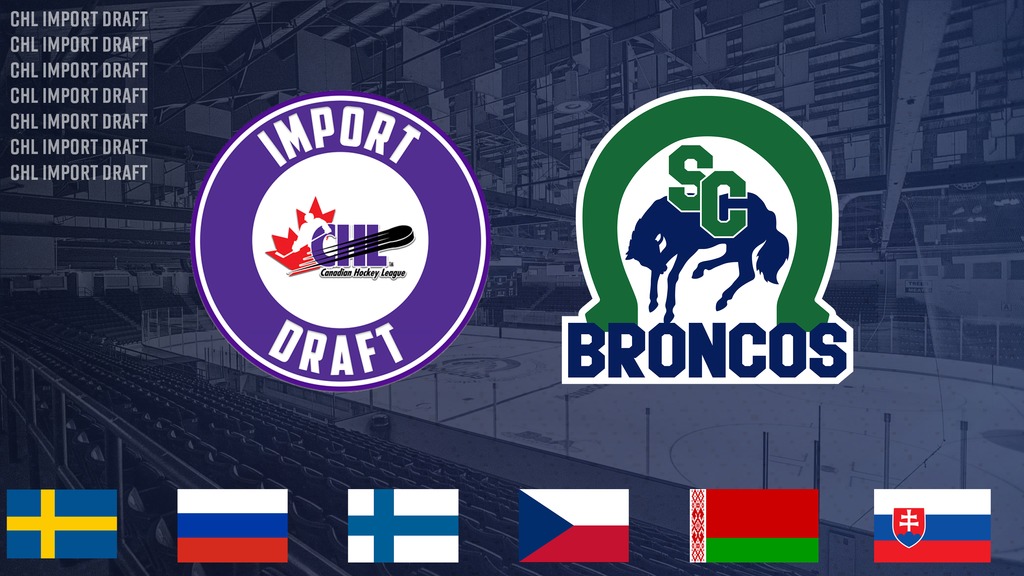 Swift Current, Sask. – The Western Hockey League announced the order of selection for WHL teams in the 2021 CHL Import Draft Friday morning, with the Broncos holding the second position.

Due to the unique schedule of games during the 2020-21 WHL regular season, a lottery was conducted to determine the order of selection for WHL clubs in the 2021 CHL Import Draft, with all 22 teams given an equal opportunity to win the lottery.

The Everett Silvertips won the lottery and will be the first WHL team to make a selection in the June 30 draft. The 2021 Draft will follow a snake format, with the team selecting first overall then drafting last in the second round. The full order of selection will be released by the CHL at a later date.

Last season the Broncos drafted Oliver Fatul and Vladislav Demidovich third and 63rd overall respectively, but neither player was able to join the Broncos for the 2020-21 season due to travel restrictions.