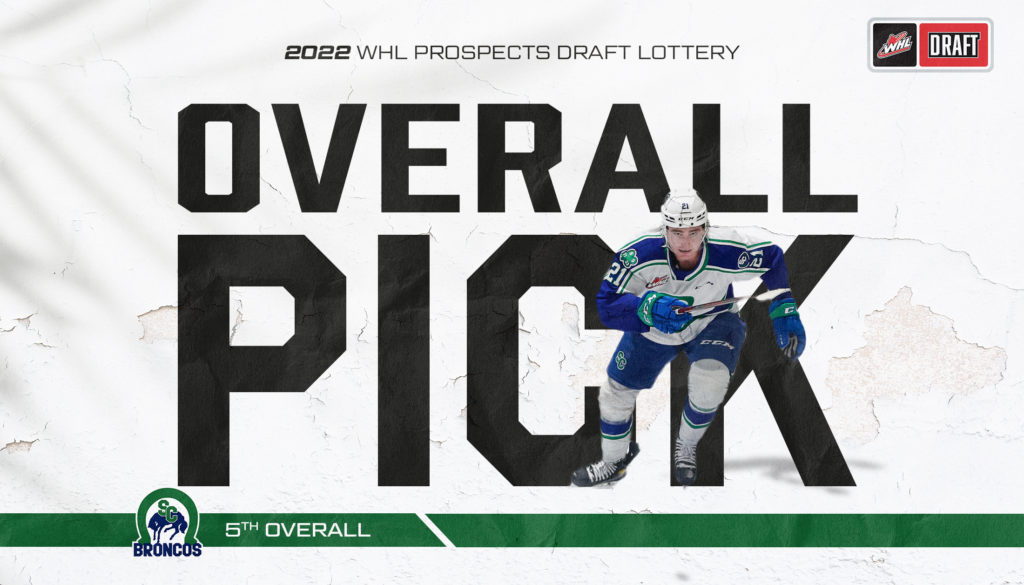 Swift Current, Sask. – The Western Hockey League conducted the draft lottery for the 2022 WHL Prospects Draft Thursday afternoon and the Broncos stayed put with the fifth overall pick. The Medicine Hat Tigers were announced as the winners and will select first overall.

The six WHL clubs that missed the postseason were all eligible for the draft lottery, with descending numbers of lottery balls in the machine. Medicine Hat had six, the Tri-City Americans five, Victoria Royals four, the Calgary Hitmen three, the Broncos with two and the Regina Pats had one. Teams could move up a maximum of two spots in the lottery.

This marks the second time in franchise history that the Broncos will select fifth overall, with the only other time coming in 2012 when the Broncos drafted Glenn Gawdin.

The order for the 2022 U.S. Priority Draft was also unveiled Thursday and the Broncos will select 12th and 33rd overall in the two-round snake draft, which is scheduled for May 18. Each of the 22 WHL clubs had an equal opportunity for the first overall pick in the U.S. Priority Draft.