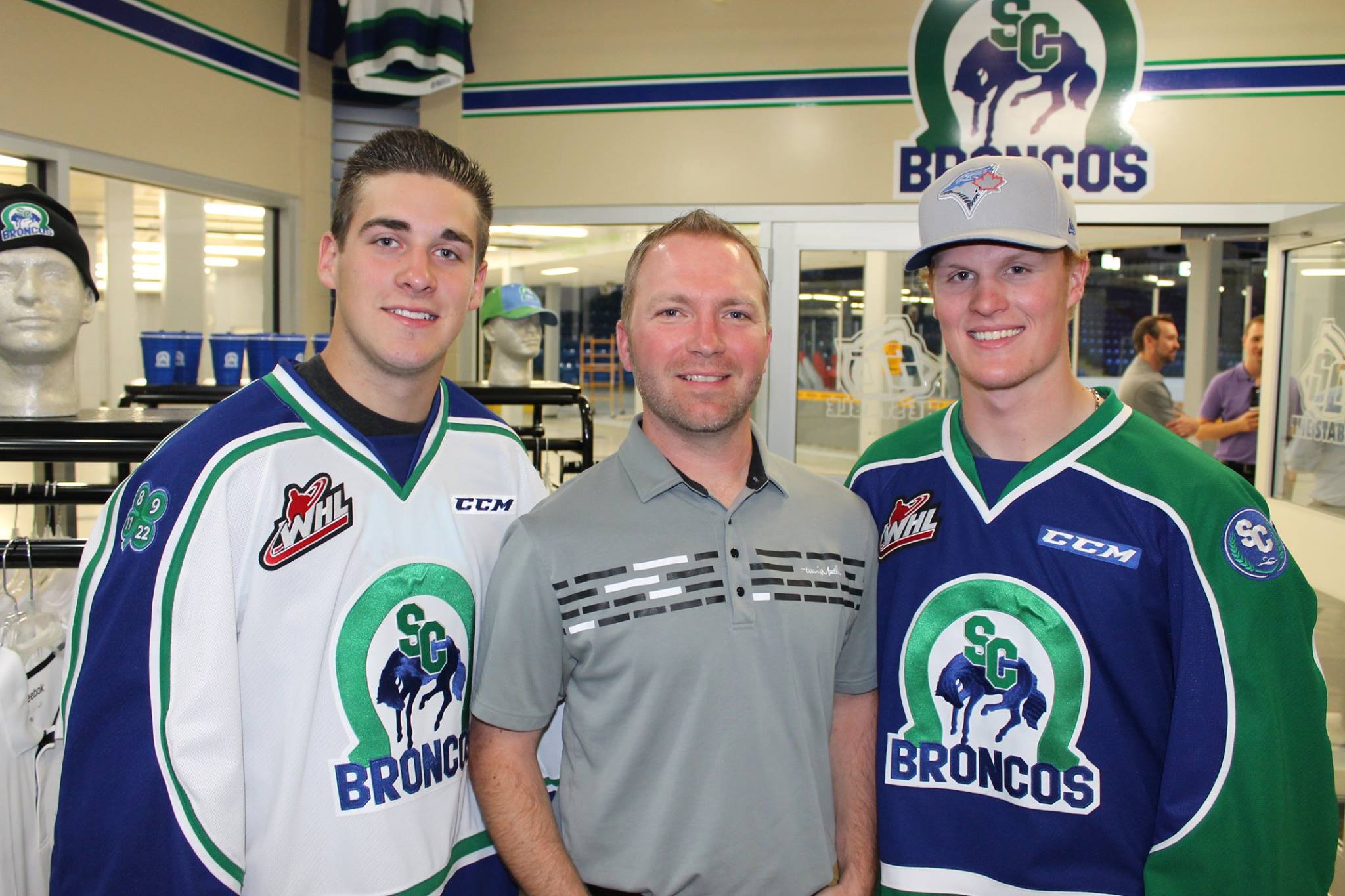 Swift Current, SK – The Swift Current Broncos Hockey Club unveiled a new logo and jersey on Tuesday morning.  The Broncos have brought back the blue and green colors and updated the fan favorite horseshoe logo.  A new shoulder crest was also created to represent the Southwest’s agriculture routes with wheat sheaf’s and incorporating the City of Swift Current logo.  After almost two years of planning for the change, Broncos Assistant General Manager of Business Operations, Dianne Sletten says “It’s surprising how many comments we’ve heard over the last couple of years from fans wishing we’d go back to the old colors and logo.  It definitely helped re-affirm we made the right decision.”  She adds, “While the logo is similar there are a number of slight changes to the horse and fonts to really give it an updated, cleaner look.”

With the announcement of the new look for the upcoming season, came the launch of “Branded Blue” a season long promotion presented by SWT (South West Terminal).  SWT wants to help the Broncos create the same excitement and Bronco enthusiasm during the regular season that we saw in this year’s playoffs.   So, SWT will be giving away $100 every game to one lucky fan just for wearing a Bronco jersey, as well businesses will be encouraged to wear Bronco blue on game nights and SWT will provide businesses with a Game Day t-shirt if they want to participate.  SWT General Manager, Monty Reich, says “ SWT believes very strongly in the Swift Current Broncos and its brand to our communities.  This franchise is extremely important to southwest Saskatchewan and we are very proud to be a part of this new era.” 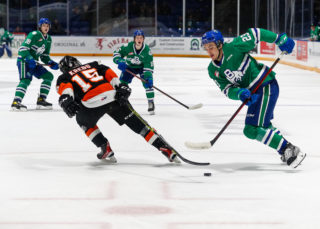