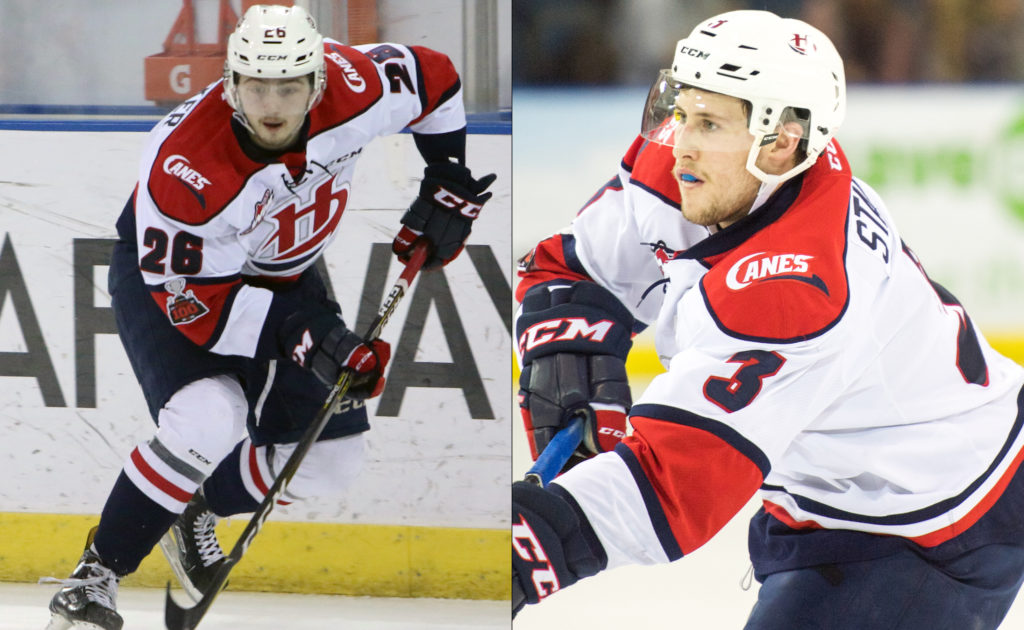 Stanley, a 20-year-old defenceman is back for his second stint in Swift Current after being claimed off waivers from the Lethbridge Hurricanes. The Balmoral, MB product was traded to the Lethbridge Hurricanes near the WHL Trade Deadline last January as part of a multi-player deal in which the club acquired Giorgio Estephan, Tanner Nagel and goaltender Stuart Skinner.

The 6’2″, 185lb rear guard registered 11 points (2g-9a) in 67 games last season for the Broncos and the Hurricanes while adding four points (2g-2a) and a plus-3 rating for a Lethbridge team that advanced all the way to the WHL Eastern Conference Championship.

Stanley was originally drafted by Swift Current in the 12th round, 248th overall in the 2013 WHL Bantam Draft and has suited up in 126 career WHL regular season games.

As for Blocker, the Oakbank, MB product was acquired via trade with the Hurricanes as Swift Current sent an eighth round pick in the 2019 WHL Bantam Draft the other way.

The 6’2″, 200lb forward was originally drafted by Swift Current in the second round, 32nd overall in the 2015 WHL Bantam Draft.