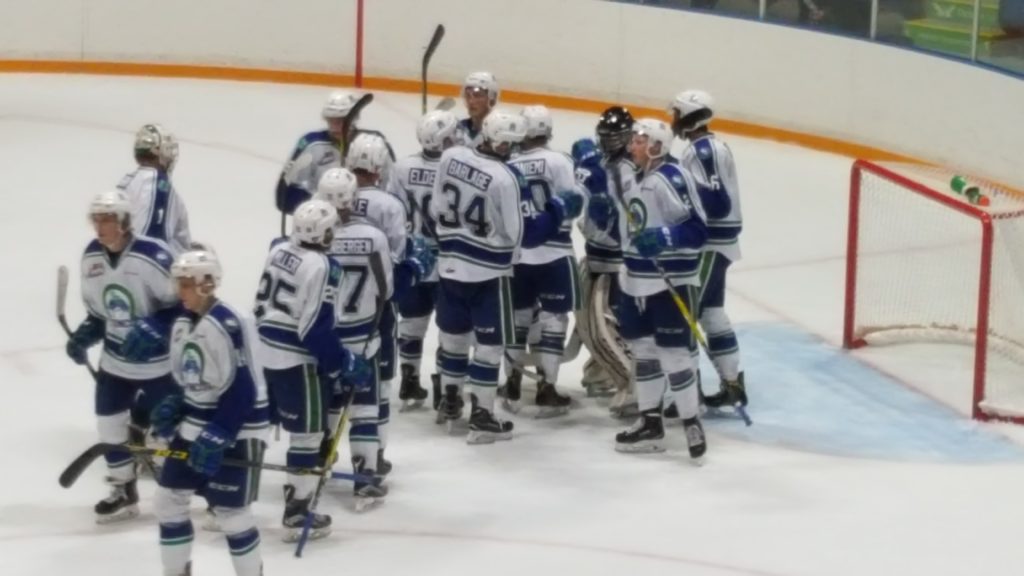 At long last, the Swift Current Broncos played their first 2016 WHL  pre season contest at home after playing their first five games on the road. The Broncos edged the Lethbridge Hurricanes 4-3 on Friday night at the ENMAX Centre.

Led by goaltender Taz Burman, the native of Vancouver, BC put in a steady performance with 20 saves to help guide the Swift Current Broncos to a 5-2 win against the Lethbridge Hurricanes on Saturday.

Kaden Elder opened the scoring for Swift Current midway through the first period with Aleksi Heponiemi and Colby Sissons collecting the assists on the goal. At the 11:52 mark, the Broncos capitalized on a two-on-one rush as Heponiemi skated down the wing and completed a saucer pass over to teammate Tyler Steenbergen who one-timed it by goaltender Adam Swan to increase the Broncos lead to 2-0. With the assist, Heponiemi increased his point total to 12 (5g-7a) to lead all WHL skaters in pre season play. Shots favoured the Broncos 11-9 through the opening 20 minutes.

The Hurricanes got on the board in the second period when Ryan Vandervlis notched his first goal of the pre season to make the score 2-1. However, Broncos rookie Logan Barlage buried his first of the pre season to restore the two goal cushion for Swift Current. Things got chippy on the ice as Broncos forward Brandan Arnold and Hurricanes’ Brady Reagan got in a scrap moments after the Barlage goal.

Lethbridge struck for a goal as Tyler Wong picked up a loose puck and rifled it by the blocker side of Taz Burman to once again cut the Bronco lead to a single goal.

Arthur Miller provided much needed insurance for the Broncos when he zoomed down the right wing and snapped in his first goal of the pre season at the 10:17 mark of the third period. Kaden Elder than pocketed his second goal of the night with an empty netter in the final moments to give the Broncos a 5-2 victory.

Taz Burman stopped 20 shots in a winning performance while Adam Swan countered with 26 saves for Lethbridge.

Shots on goal favoured the Broncos 31-22.