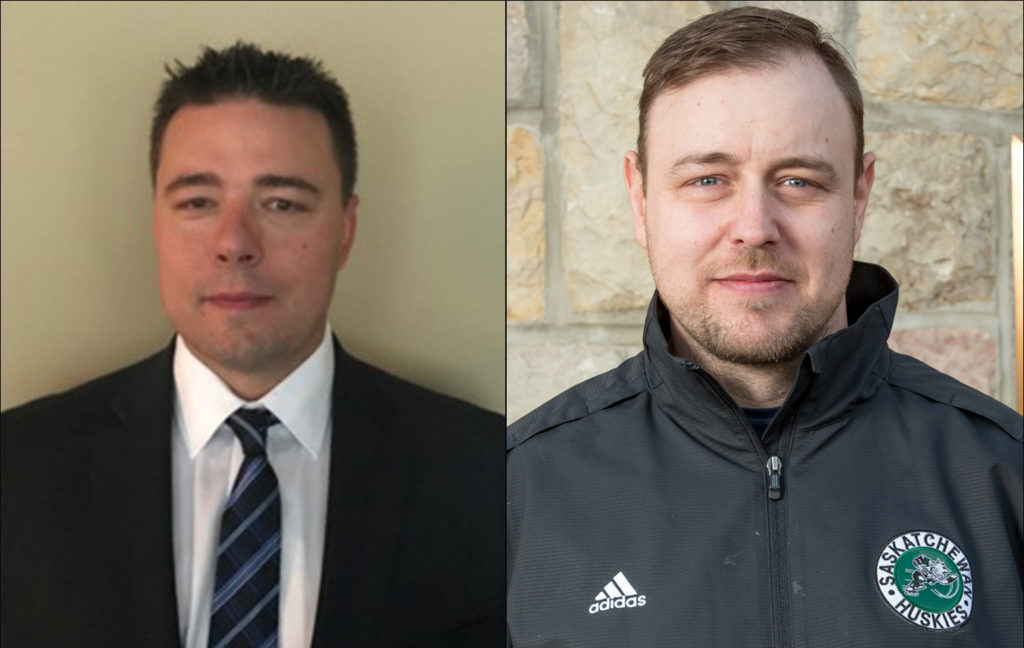 Swift Current, SK: The Swift Current Broncos are pleased to announce the hiring of Brandin Cote and Scott Dutertre as they will join the club for the 2018-19 season as assistant coaches under Head Coach and Director of Hockey Operations Dean Brockman.

Cote, born and raised in Swift Current, joins the Broncos with plenty of coaching experience in many levels of hockey.

Cote was an Assistant Coach for the WHL’s Prince Albert Raiders for the 2016/17 season, is presently an assistant for the Team Alberta U-16 club ahead of the upcoming 2019 Canada Winter Games and was the Head Coach of the Red Deer Optimist Chiefs Midget AAA Hockey Club from 2014-2016.

Playing experience is in his repertoire as well, having played five seasons with the WHL’s Spokane Chiefs from 1997-2002 and three seasons for the Norfolk Admirals from 2002-2005.

“My family and I are extremely excited and honoured to join the Swift Current Broncos.” said Cote. “I was born and raised in Swift Current, and to have the opportunity to come back to the city where my love & passion for the game all started is an amazing feeling. I am looking forward to working with Dean Brockman and all of the players & staff to continue the strong tradition of Swift Current Broncos hockey.”

Over the past four seasons, Dutertre has served as an Assistant Coach for both the University of Saskatchewan’s Men’s and Women’s hockey programs, reaching the national championship on four occasions. He is also the National Skating and Skills Coach for Ice Hockey Australia.

“I’m excited to be a part of the Broncos organization and work in such a great hockey community,” said Dutertre. “It’s a tremendous opportunity to work with Dean and I look forward to contributing to the continued success of the team and our players.”

Cote and Dutertre will be with the Broncos for main training camp set to begin in late August.