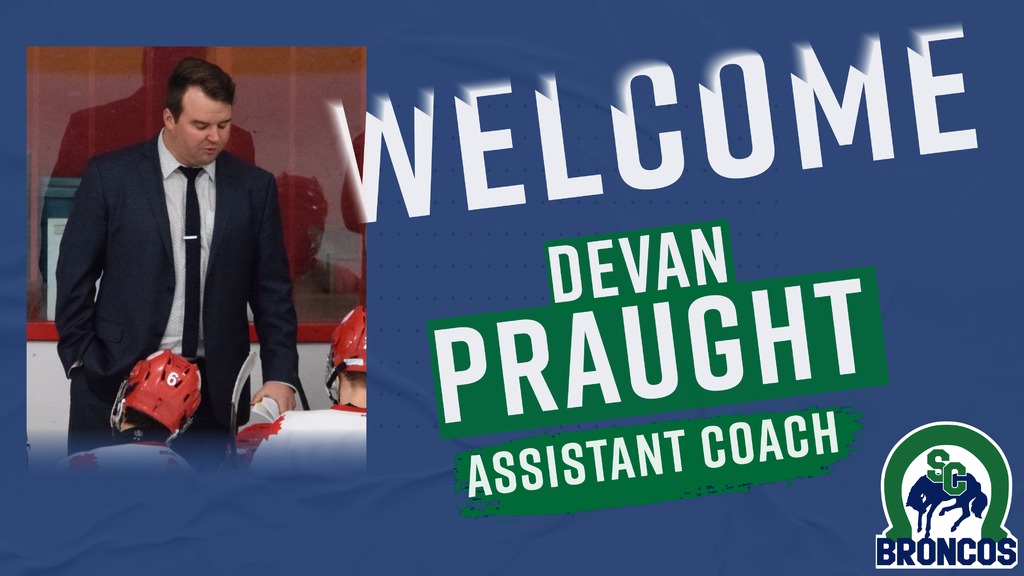 Swift Current, Sask. – The Swift Current Broncos announced today that they have hired Devan Praught as an assistant coach ahead of the 2021-22 season.

Praught, from Summerside, P.E.I., has spent the past eight seasons at Athol Murray College of Notre Dame, the most recent five of those as the head coach of the Notre Dame U18 AAA Hounds. Since taking on the position ahead of the 2016-17 season, Praught led the Hounds to a 134-35-13 record and won back-to-back league championships in 2018 and 2019. The Hounds also captured the 2018 Telus Cup, the U18 AAA national championship. For his efforts, Praught was named the SMAAAHL’s Coach of the Year in both 2018 and 2019.

As a player Praught played in parts of three seasons in the Quebec Major Junior Hockey League before a five-year career at the USports level, four at St. Thomas University in Fredericton, New Brunswick and one at the University of P.E.I.

The Broncos would like to welcome Devan and his family to Swift Current and Southwest Saskatchewan.