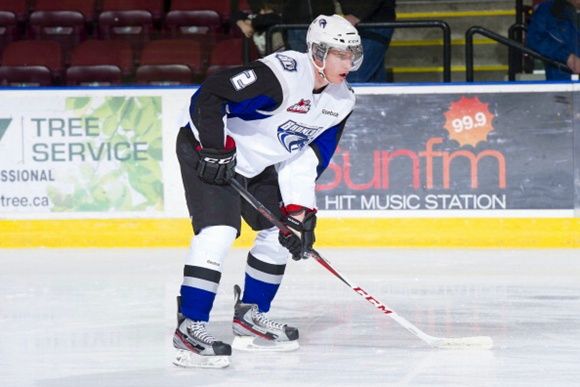 With the 2020 WHL Bantam Draft less than three weeks away, we’re looking back to previous drafts in Swift Current Broncos history and how they played a role in the organizations history. First up, 2010.

The Broncos held eight picks in the 2010 WHL Bantam Draft, including the 11th overall selection. The team didn’t have any picks in rounds two or three, but had four fourth-round picks at their disposal at 70th, 71st, 78th and 81st overall. The other picks were one in the sixth round at 121 and two in the eighth round, 155 and 165.

Swift Current shored up their goaltending with the acquisition of Mark Friesen on December 1 of 2009, which saw Swift Current’s 2010 third-round pick head to Chilliwack. Ironically enough, that pick was used by Chilliwack to select another goalie, Coleman Vollrath, who spent four years with the Victoria Royals following their move from Chilliwack.

The Red Deer Rebels owned the Broncos fifth-round selection following a trade at the 2009 deadline that saw goaltender Morgan Clark acquired by Swift Current. The Rebels drafted Kevin Pochuk with this pick, who played 50 games over three seasons in the WHL.

Lastly, the Broncos 7th-round pick belonged to the Chilliwack Bruins as the two teams swung a deal October 7 of 2009 for defenceman Scott Ramsay. Ramsay wasn’t a Bronco for long as he was then sent to Seattle in exchange for Robbie Newton, who never played in the WHL. Chilliwack drafted Sean Davies with this pick, who also never played in the WHL.

Neither of the four fourth-round picks the Broncos used in the 2010 draft were their own, as it was moved to Kootenay. The 71st overall pick was from Regina, which was acquired in exchange for 20-year-old defenceman Jesse Dudas.

The 81st pick was originally Kootenay’s, picked up by the Broncos in exchange for defenceman Ryan Molle in September of 2009.

With the 11th overall pick, the Broncos selected defenceman Dillon Heatherington out of Calgary. Heatherington would go on to spend his entire WHL career with the Broncos, appearing in 247 games and scoring 13 goals with 74 assists. He would also represent Canada on the national stage twice, winning a gold medal at Under-18’s and World Juniors. He was selected 50th overall by the Columbus Blue Jackets in the 2013 NHL Entry Draft before being traded to the Dallas Stars March 1, 2017. To date he has appeared in 11 NHL games.

With their first of four picks in the fourth round, the Broncos picked up forward Josh Sinatynski with the 70th overall pick. This selection didn’t have an impact on the Broncos as Sinatynski never reached the WHL.

With the very next pick the Broncos stayed local, drafting Swift Current native Zac Mackay 71st overall. Mackay would play three full seasons and parts of two other with the Broncos, appearing in 229 career games. That total is good for 41st all time in franchise history. He scored 19 goals and 18 assists as a Bronco.

With the 78th overall pick, Swift Current grabbed goaltender Landon Bow from the St. Albert Flyers. Bow went on to post a 58-50-8-5 record with a .908 save percentage and 3.12 GAA in 137 games as a Bronco from 2012-13 to 2015-16, before being traded to the Seattle Thunderbirds. In return Swift Current received forward Jamal Watson and a conditional second-round pick which didn’t change hands.

Lastly in the fourth round Swift Current drafted defenceman Bobby Zinkan with the 81st overall pick. Zinkan appeared in 102 games with the Broncos before being traded to the Vancouver Giants for Luca Leone and a 2016 sixth-round pick in May of 2014. Leone only played seven games as a Bronco, but that sixth-round pick was used to draft 2019-20 team MVP Isaac Poulter.

With their only selection in the sixth round, the Broncos drafted Denis Bosc 121st overall. Bosc played parts of two seasons with the Broncos, appearing in 58 games and recording two assists, before finishing out his junior eligibility with the Steinbach Pistons of the Manitoba Junior Hockey League.

With the 155th overall pick, the Broncos drafted Regina native Nathan Bandet. He played in a pair of games for the Swift Current Legionnaires a few years later, but never played in the WHL.

With their final pick in the draft, the Broncos selected Matthew Gelinas, the son of longtime NHL player Martin Gelinas, 165th overall. Gelinas did play in the WHL, but not for the Broncos. He was signed by the Tri-City Americans and played 49 games for them.