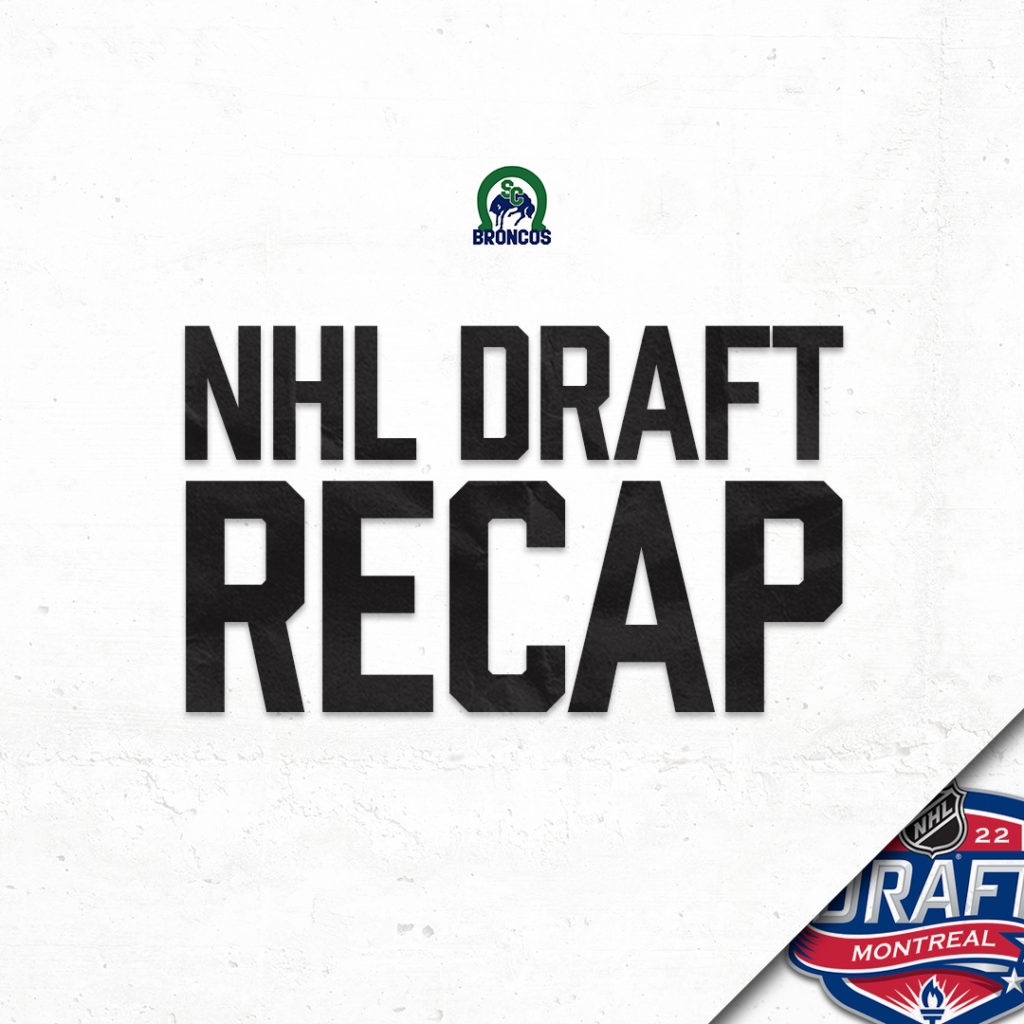 Including Owen Pickering during day one, the Broncos had five players selected during the 2022 NHL Draft, the most by the franchise since 1993. Swift Current has now had 79 players drafted into the NHL in franchise history.

Ten of Hvidston’s 13 goals last season came during the second half of the season, and he improved his faceoff percentage from 40.2 per cent to 49.0 per cent following the Christmas break. Hvidston also represented Canada at the World U18 Hockey Championship following the WHL regular season, scoring two points (1-1-2) in four games.

Filmon, from Winnipeg, Man., led the Broncos in goals during the 2021-22 season scoring 45 total points (23-22-45) in 67 games. He also led the Broncos in shots on goal, finishing the year with 178. Filmon was invited to the CHL/NHL Top Prospects Game in March, and also represented Team Canada at the World U18 Hockey Championship in Germany.

Dyck, from Winkler, Man., saw an increased workload in his second WHL season, appearing in 23 games last season with a 6-12-1-0 record, .884 save percentage and a 4.28 goals against average. Dyck turned in a stellar performance at the CHL/NHL Top Prospects Game in March, stopping all 23 shots sent his way.

Dyck joined his Broncos teammates with Team Canada at the World U18 Hockey Championship, finishing the tournament being named one of Canada’s top-three players at the event.

Davies, from Airdrie, Alta., provided heavy physical play with strong secondary scoring for the Broncos, posting 36 points (16-20-36) in 64 games. His physical play saw him rack up 119 penalty minutes during the 2021-22 season, third most in the WHL. Davies also played for Team Canada at the World U18 Hockey Championship in Germany.

The Broncos would like to congratulate their drafted players, and wish them the best of luck during their respective development camps in the coming weeks.