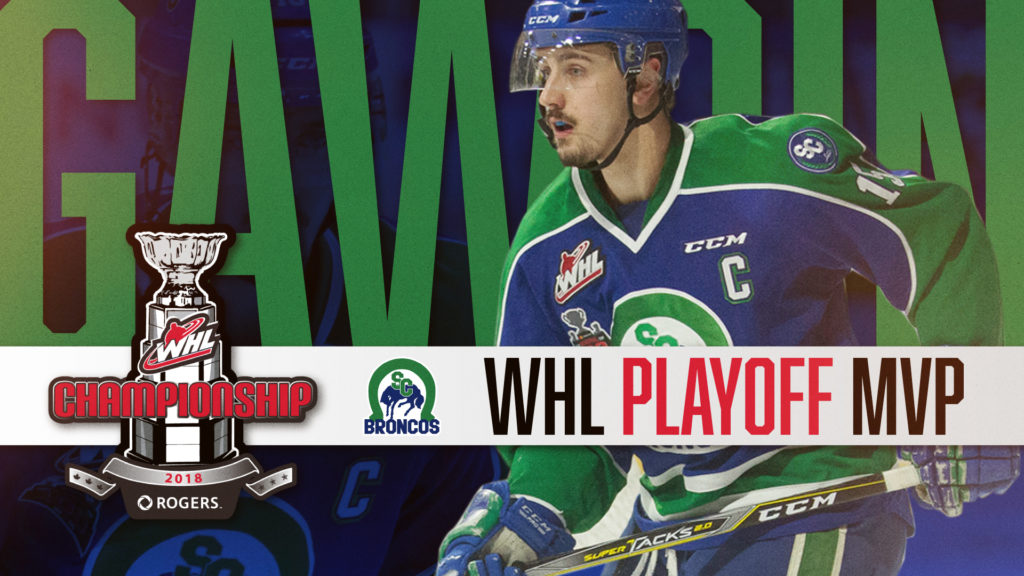 Swift Current Broncos captain Glenn Gawdin has been named the Most Valuable Player of the 2018 WHL Playoffs.

In the six-game Championship Series, the 6-foot-1, 186-pound pivot notched seven points, including five goals. In Game 3, Gawdin scored all three of his team’s three goals in a 3-2 victory at Everett. He added another two goals in Game 5.

Selected by the Broncos in the first round (fifth) of the 2012 WHL Bantam Draft, the 21-year-old Gawdin has played his entire career in Swift Current, including 312 regular season contests (126-187–313) and 47 career post-season outings.

Gawdin was signed to a free agent contract by the Flames during the 2017-18 season.