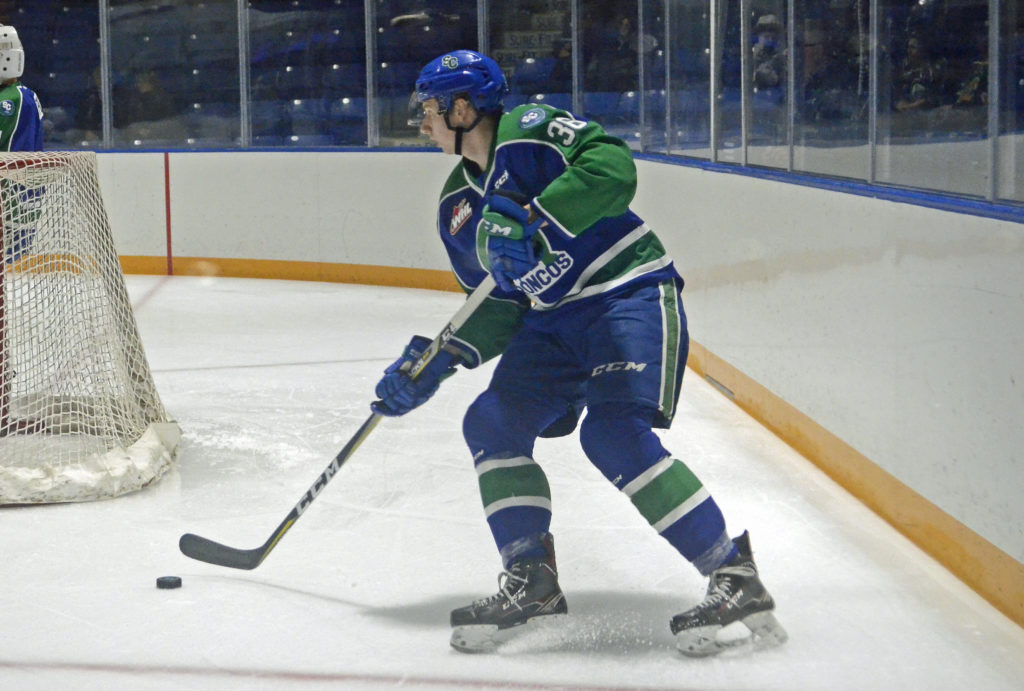 The sophomore rear guard is ranked 164th overall amongst North American skaters. A product of Kelowna, BC, Horning completed his second season in Swift Current, amassing 31 points (8g-23a) and 42 penalty minutes in 68 games played. Horning was named the Broncos’ defenceman of the year at their annual awards ceremony at the conclusion of the regular season prior to puck drop against the Moose Jaw Warriors on March 15th, 2019.

The 6’3, 198lb defenceman has recorded 38 points (11g-27a) in 118 regular season games over two seasons and suited up in 12 playoff contests throughout the Broncos 2018 WHL Championship run.

Horning was originally drafted by Swift Current in the third round, 60th overall at the 2016 WHL Bantam Draft.