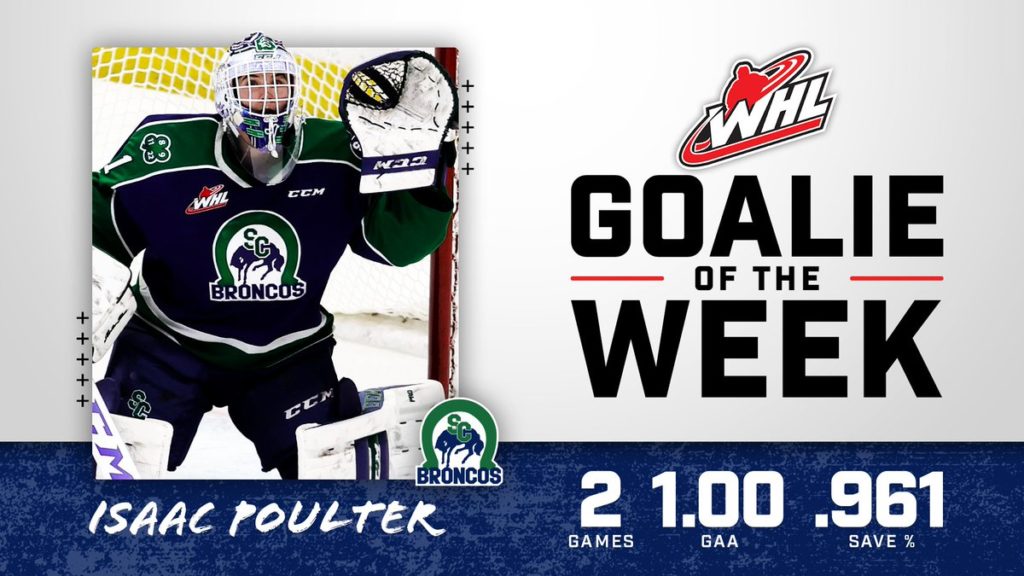 SWIFT CURRENT, Sask. – The Swift Current Broncos are proud to announce that 20-year-old goaltender Isaac Poulter has been named the Western Hockey League’s goalie of the week for the week ending October 3.

Poulter, from Winnipeg, Man., started both games for the Broncos over the past weekend, winning both and allowing just two goals.

Friday on home ice Poulter turned aside all 20 shots he faced in a 2-0 win over the Medicine Hat Tigers. It was Poulter’s second career WHL shutout and first since March 13, 2019.

The next night Poulter stood tall in the Broncos crease, fending off a furious push by the Tigers in the third period by stopping 29 of 31 shots in a 3-2 win on the road.

Lukas Svejkovsky’s goal in the third period on Saturday ended Poulter’s 141:06 shutout streak dating back to his final start of the 2020-21 season. He is also on a personal three-game winning streak following this past weekend.

Poulter is in his fourth season with the Broncos after being drafted 112th overall in 2016.