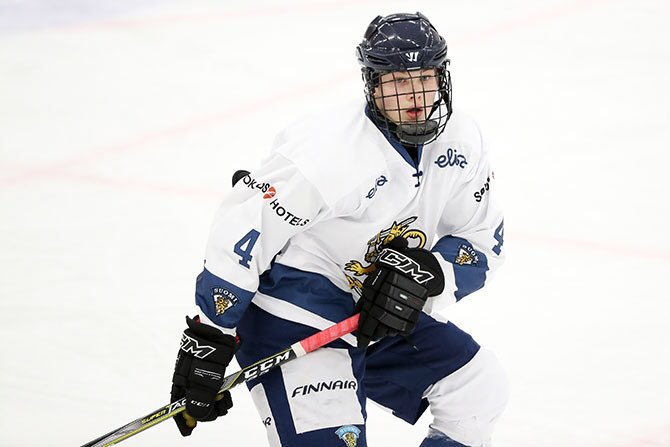 Puutio, from Vaasa, Finland, was the first overall pick in the 2019 Canadian Hockey League Import Draft on June 27.

The right-shooting defenceman had an eventful 2018-19 season as he helped the Kärpät U20 team claim the league championship of the Jr. A SM-liiga division, posting a goal and three assists in 31 games.

He also suited up for ten games with the U18 Jr. B SM-sarja team, scoring four goals and adding eight assists.

On the international stage, Puutio picked up four assists in six games at the World Under-17 Hockey Challenge in Quispamsis and Saint John, New Brunswick, helping Finland to a silver medal.

Interviews with Broncos head coach and Director of Hockey Operations Dean Brockman on Puutio and an audio interview with Puutio can be seen by clicking on this sentence.