Kiviniemi and Pynnonen selected by Broncos at 2018 CHL Import Draft 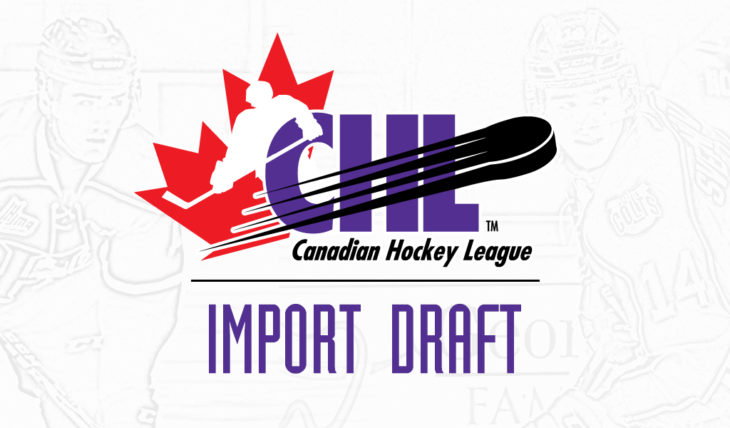 Swift Current, SK – The Swift Current Broncos announce on Thursday morning that the club has drafted a pair of players from Finland at the 2018 CHL Import Draft, selecting forward Joona Kiviniemi and blue liner Roope Pynnonen.

“We are very excited to add these two quality young players to our organization.” said Head Coach and Director of Hockey Operations Dean Brockman. “They are players that in time will fill the void left by some of our graduating players.”

Kiviniemi, a 16-year-old that hails from Oulu, Finland was selected 59th overall by the Broncos and he is a forward that possesses plenty of on-ice experience. Kiviniemi spent the majority of the 2017-18 season playing for Karpat U-18 in the Jr. B SM-sarja league. The 6’1, 161lb forward recorded three points (1g-2a) in 12 games while posting an assist in five playoff games en route to claiming a bronze medal.

He was loaned to the team Ahmat Haukipudas U-20 for a game and he scored a pair of goals. Additionally, Kiviniemi also suited up for the Finland U-17 squad in international play for three games, tallying two assists along the way.

With the 119th selection, the Broncos used it to take defenceman Roope Pynnonen. Like Kiviniemi, the 17-year-old Pynnonen played the majority of his 2017-18 campaign in the Jr. B SM-sarja league but instead with the HPK U18 team. The 5’10”, 183lb rear guard posted two helpers in 16 games.

Former Swift Current Bronco Aleksi Heponiemi played for the same Ilves U-16 team as Pynnonen during the 2014-15 season.

The Broncos can also bring back defenceman Artyom Minulin to training camp due to him being slated to be a 20-year-old overage player. The Broncos will need to cut down to two import players prior to the regular season beginning.