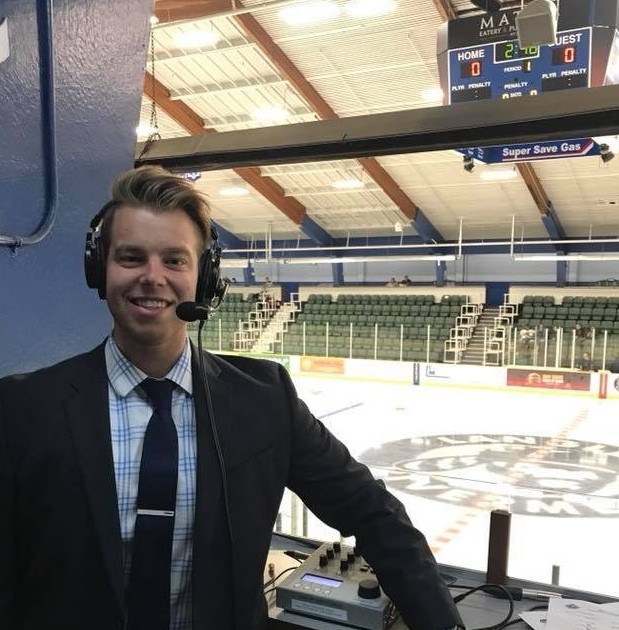 The Swift Current Broncos are thrilled to announce Craig Beauchemin as the new voice of the Broncos play-by-play broadcast, podcast member and the face of Broncos community engagement activities. In addition, the Swift Current Broncos are excited to announce that the Living Sky Casino will be the official title sponsor of the new Broncos game-day broadcast, which will be known as Living Sky Casino Broncos Hockey.

Over the last two months, the Broncos have completed a thorough and rigorous process in order to find a candidate that will be able to provide an industry-leading level of exciting and intriguing content to our fans in order to deeply connect our fans to our hockey team and organization. Through this process, Beauchemin emerged as the leading candidate and the Broncos are confident that our community will quickly appreciate his talent, professionalism, creativity and ability to connect fans to our players, coaches and hockey activities.

After graduating from post-secondary education in the field of broadcasting and journalism, Beauchemin has rapidly risen through the hockey ranks as a result of hard work, dedication, and a focus on personal growth. Originally from Whitehorse, Yukon, he began his hockey media career as a sports reporter for the Battlefords News-Optimist, in North Battleford, Saskatchewan. The following season Beauchemin quickly seized an opportunity to provide live radio play-by-play for the Battlefords North Stars of the SJHL as the Sports Director at the Jim Pattison Broadcast Group. After one season, he accepted a larger role with the Powell River Kings in the BCHL as the Director of Broadcasting where he provided live-streaming play-by-play coverage for the Kings and managed multiple communication roles.

This experience led him to the role of Director of Communications and Broadcasting with the Penticton Vees of the BCHL. Following in the footsteps of broadcasters like Fraser Rodgers (Manager of Broadcasting & Media Relations with the Prince George Cougars) and Ryan Pinder (Sportsnet 960 radio personality in Calgary), Beauchemin excelled in an environment of high expectations and worked hard to develop his talents to take to the next level of hockey, with his sights on the WHL. “I am beyond thrilled to be making this move and join the Swift Current Broncos,” notes Beauchemin. “I know how important the team is to the community and vice versa. I can’t wait to be a part of the community and help bring the fans closer to the team than ever before.”

Highly-regarded in the broadcasting and communications community as the young talent most ready for the next level, Beauchemin had support from some notable hockey broadcasting leaders.

“Craig is a hungry broadcaster who’s worked hard for an opportunity like this,” said Jon Keen, former voice of the Swift Current Broncos and current play-by-play broadcaster of the Kamloops Blazers. “He’s paid his dues, has a great on-air sound and understands that the game now needs to be brought to fans on multiple platforms”.

“He loves the game. That will come out in his play-by-play. Listeners will feel the excitement,” added Winnipeg Jets TV play-by-play broadcaster Dennis Beyak. “He has a very good understanding that there is more to the job and how becoming part of the Broncos community is important”.

Beauchemin will begin his role as the voice of the Living Sky Casino Broncos Hockey broadcast, as an integral part of the organization’s public communication activities, and the manager of community relations in mid-July.

The Broncos are extremely proud to have partnered with the Living Sky Casino as the title sponsor of this new era of Broncos game-day communication.

“Living Sky Casino is an exemplary member of our community and has been a significant supporter of Broncos hockey for many years,” noted Broncos Director of Business Operations Nathan MacDonald. “We’re excited to be able to connect to the Living Sky Casino brand through our broadcast and continue to build a strong partnership through this new and exciting venture.”

Further details on the Living Sky Casino Broncos Hockey broadcast, the Broncos podcast and other communications and community initiatives will be announced throughout the off-season.