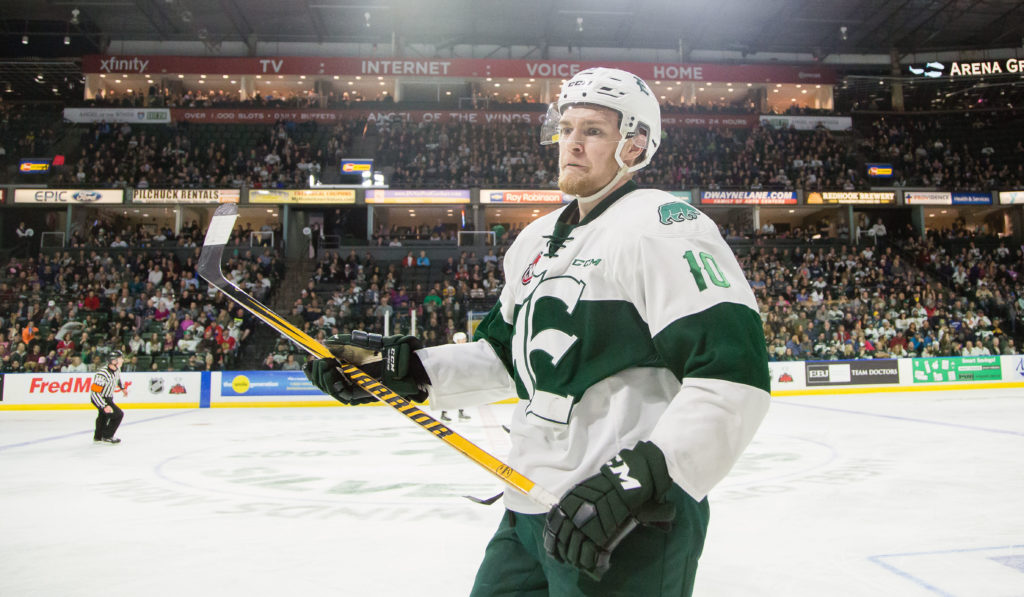 Swift Current, SK: The Swift Current Broncos made a deal with the Everett Silvertips on Monday, sending 20-year-old defenceman Sahvan Khaira to the defending Western Conference Champions in exchange for 1999-born forward Ethan O’Rourke and a third-round pick in the 2020 WHL Bantam Draft.

O’Rourke split time last season for both the Prince George Cougars and the Everett Silvertips, joining the latter in a mid season trade as part of the Silvertips run to the WHL Championship Series. The 19-year old product of Penticton, BC registered 18 points (6g-12a) in 66 games while adding a goal in 18 playoff contests.

Going back to Everett, the 6’4″, 220lb Khaira is coming off a career campaign in Swift Current. The four-year WHL veteran recorded 26 points (6g-20a) to go along with a plus-16 rating in 65 games while playing a key part in Swift Current’s run to the Ed Chynoweth Cup as WHL Champions, recording seven points (2g-5a) in 26 tilts.

“The Broncos would like to thank Sahvan for his services in Swift Current,” said Head Coach and Director of Hockey Operations Dean Brockman in a statement.

The Surrey, BC product has suited up in 245 career WHL contests to date, collecting 57 points (9g-48a) and 283 penalty minutes for the Seattle Thunderbirds and Swift Current Broncos.

Swift Current is set to begin the 2018-19 season on Friday, September 21st with the Pioneer Co-op Home Opener vs. the Saskatoon Blades at the Innovation Credit Union i-Plex. Call 306-773-1509 ext. 1 for information on season tickets and other ticket packages.