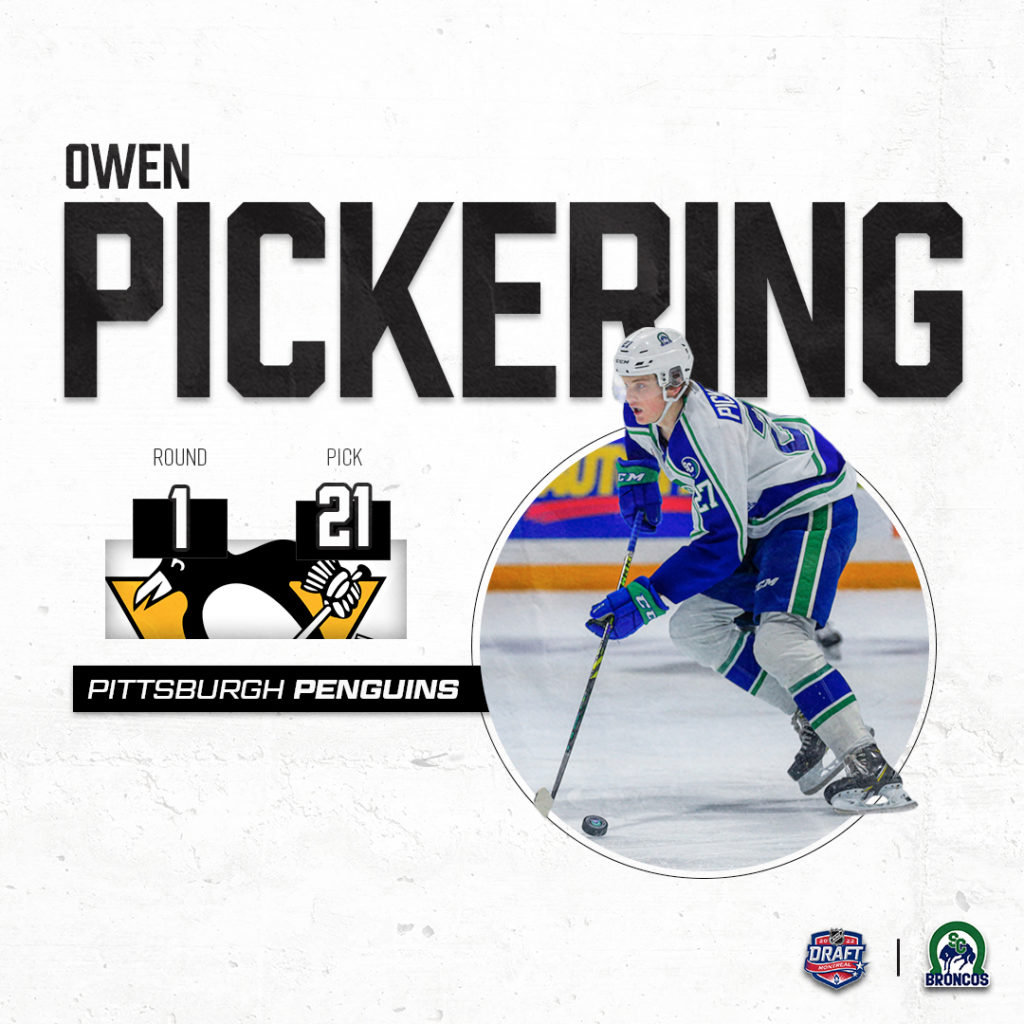 Montreal, Que. – The Swift Current Broncos are proud to announce that defenceman Owen Pickering was drafted 21st overall by the Pittsburgh Penguins in the 2022 NHL Entry Draft Thursday night in Montreal. He becomes the 75th player in franchise history to be drafted into the NHL out of Swift Current, and the first to be drafted by Pittsburgh.

Pickering, from St. Adolphe, Man., rocketed up the NHL Draft rankings over the course of the 2021-22 season, beginning the year as a C-ranked prospect and finishing as the 15th ranked North American Skater.

His stock grew due to his performance at both ends of the rink last season, averaging well over 20 minutes a night while playing in all situations. In his first full season in the WHL, Pickering racked up 33 points (9-24-33) in 62 games from the Broncos blue line.

The 6’5’’ defender also received recognition from the Canadian Hockey League as he was named to the CHL/NHL Top Prospects Game in Kitchener, Ont. in March.

Upon completion of the WHL’s regular season, Pickering immediately joined Team Canada for the World U18 Hockey Championship in Germany where he recorded two assists in four games, and was named one of Team Canada’s top-three players at the event.

His performance throughout the course of the 2021-22 season saw him win the Central Division’s Rookie of the Year honours.

Pickering becomes the eighth player in Broncos history to be selected in the first round of the NHL Entry Draft, and the first since Jake Debrusk was drafted 14th overall by the Boston Bruins in 2015.