Patterson dealt to Silvertips in exchange for Springer and pick 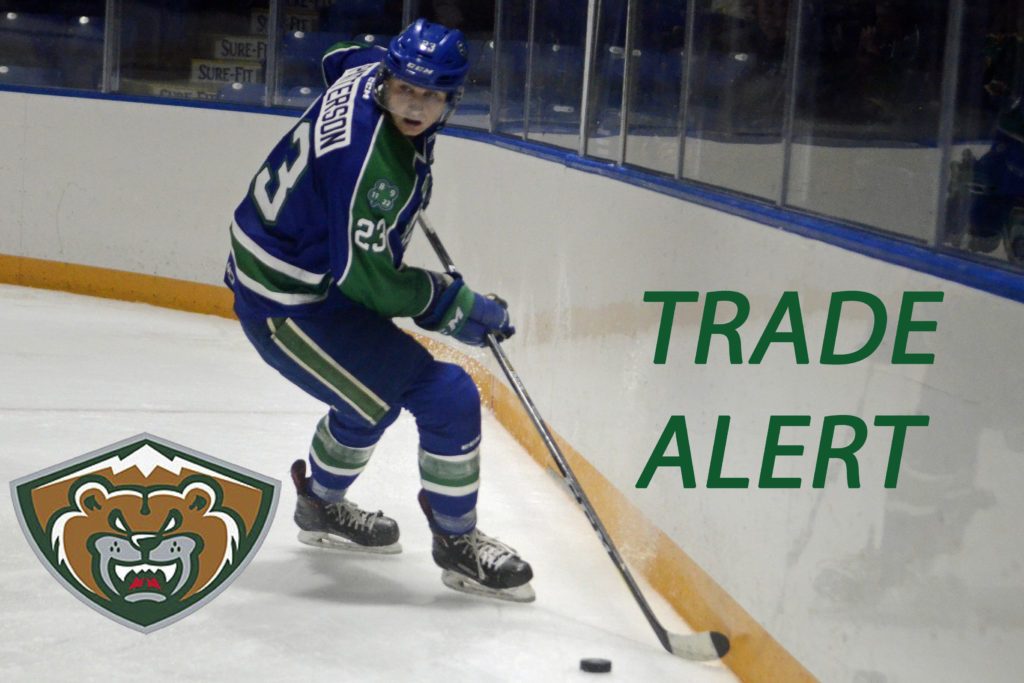 Swift Current, SK: The Swift Current Broncos have traded forward Max Patterson to the Everett Silvertips in exchange for prospect Dawson Springer and a fourth round selection in the 2020 WHL Bantam Draft.

Springer was originally listed by the Everett Silvertips and presently plays for the Prince Albert Mintos of the SMHL where the 16-year-old has collected 25 points (18g-7a) in 21 games.

Heading the other way to Everett, the 19-year-old Patterson spent a season and a half in Swift Current after joining the club in a prior trade with the Kootenay ICE in the summer of 2017.

Patterson suited up in 99 career regular season contests for the Broncos, amassing 43 points (17g-26a) and added seven points (5g-2a) while suiting up in all 26 playoff games during the Broncos run to the Ed Chynoweth Cup as 2018 WHL Champions.

A native of Kamloops, BC, Patterson was originally selected by the Kootenay ICE in the fourth round, 77th overall in the 2014 WHL Bantam Draft.

The Broncos are back in game action on Tuesday, December 4th against the Prince Albert Raiders at the Innovation Credit Union i-Plex.

Tickets can be purchased by visiting the Stable, calling 306-773-1509 ext. 1 or online at tickets.scbroncos.com.