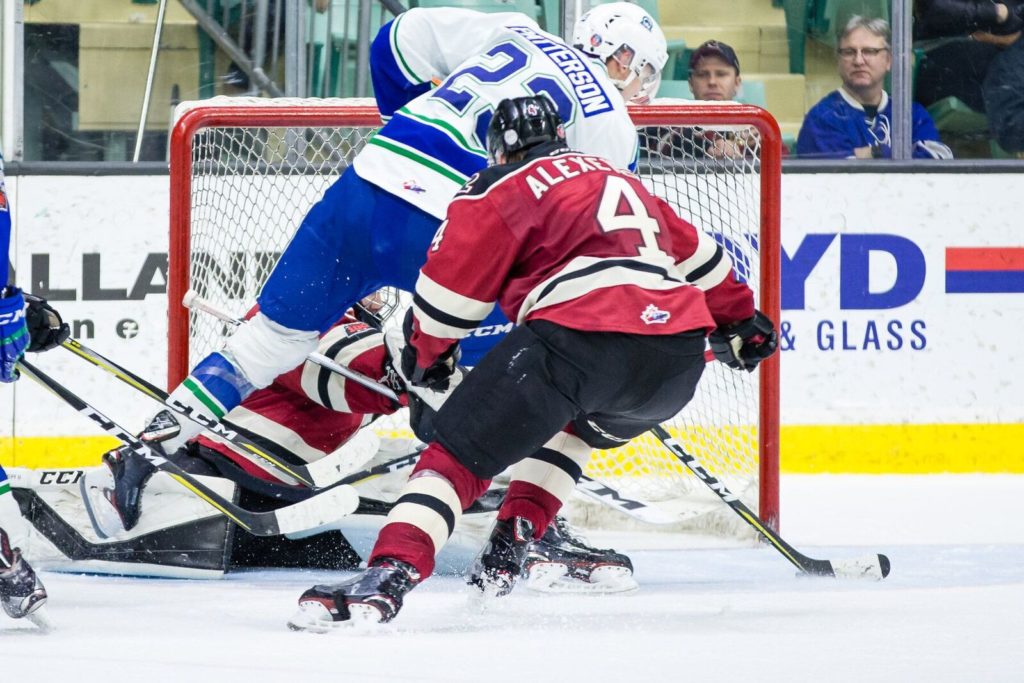 After a forgettable night vs the Calgary Hitmen on Friday night, the Broncos responded with a solid team outing as forward Max Patterson scored a thing of beauty in overtime to send his club to a 3-2 victory on Saturday night against the Red Deer Rebels.

The Rebels opened the scoring midway through the first period as team captain Grayson Pawlenchuk executed a wraparound move to perfection. Minutes later, in what appeared to be another Rebels goal, the play went under video review and it was determined that it was no goal as the puck was kicked in the net.

Swift Current went on a man advantage late in the opening frame and scored quickly. Glenn Gawdin wired one by Rebels goaltender Riley Lamb from the left faceoff circle to force a 1-1 tie after 20 minutes.

The Broncos top ranked power play continued to go to work as 20-year-old Matteo Gennaro scored in similar fashion to what Gawdin did for the first Bronco goal. Gennaro had the puck along the right wall in Rebels territory and crept his way to the right faceoff dot, then lasered a wrister by Lamb, giving Swift Current a 2-1 lead.

A series of penalties then shortly followed including a tussle between the Broncos’ Logan Barlage and the Rebels’ Brandon Cutler that saw them receive five minute majors for fighting. Nonetheless, Swift Current hung on to a 2-1 lead heading to the third period.

At the 5:19 mark of the third period, Kristian Reichel blasted one from the point to knot it up 2-2. Rebels blue liner Alexander Alexeyev came close to putting Red Deer ahead, hitting the cross bar from in close but both clubs played conservative down the final moments of regulation to extend the game into overtime.

The Broncos have made this a habit as they went to overtime for the eighth time in the last 11 contests. A new Bronco played the role of hero as Max Patterson executed a perfect power move to get around the Rebels’ Josh Tarzwell and slid in the winning goal.

Joel Hofer was solid as he made 27 saves while the Rebels’ Lamb amassed 32 stops.

Shots on goal were 35-28 in favour of the Broncos. Swift Current went 2/3 on the power play while Red Deer finished 1/4.

The Broncos look to grab two out of a possible three wins on their Alberta trip when they take on the Edmonton Oil Kings on Sunday afternoon at 5:00pm CT.