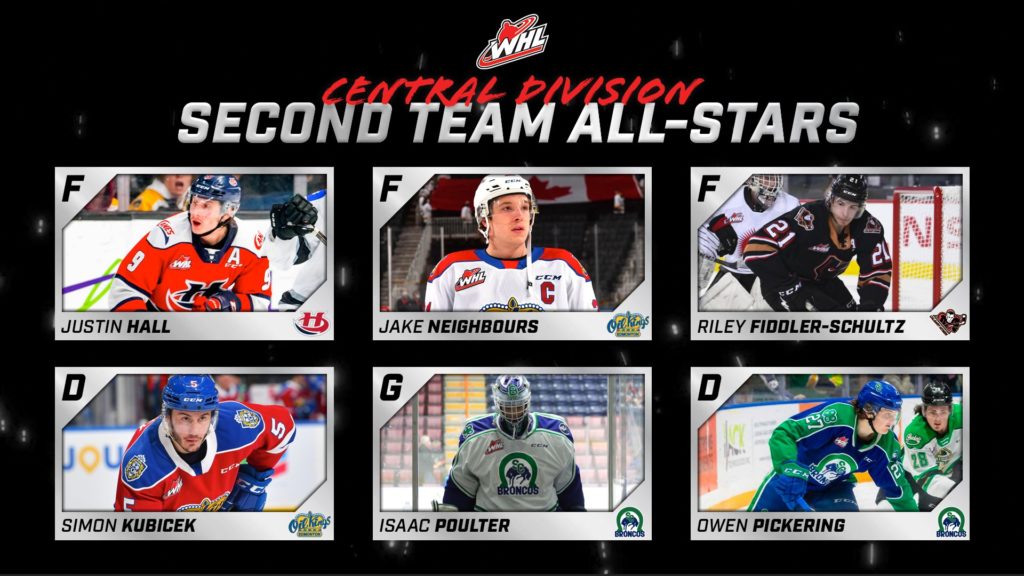 Poulter was named a Second-Division All Star following his final season in the WHL. The Winnipeg, Manitoba native shattered his previous career highs across the board with a monstrous 20-year-old season.

The Broncos three-time Team MVP posted a 20-23-4-2 record during the 2021-22 season, along with a 3.00 goals against average and a .911 save percentage. He also recorded five shutouts. His save percentage ranked eighth amongst qualified goalies and his five shutouts were the third most in the WHL this season.

Poulter finished his Broncos career with a 35-87-8-4 record in 137 career games after joining the team following their 2018 championship. His 137 career games tie him with Landon Bow for fourth all time in franchise history, and he also ranks near the top of the leaderboard in various other categories such as career minutes played (3rd, 7,976), career saves (2nd, 4,411) and single season shutouts (3rd, 5).

Beginning the season as a C-ranked prospect by NHL Central Scouting for the 2022 NHL Entry Draft, Pickering had a meteoric rise throughout the season, eventually being ranked 21st amongst North American skaters in the January midterm rankings.

His play caught the eyes of NHL scouts all season long as he was named to the CHL/NHL Top Prospects Game which took place March 23 in Kitchener, Ontario, and was more recently named to Team Canada’s roster for the 2022 World U18 Championship in Germany. The round robin portion of the tournament gets underway this coming Saturday with Canada opening their schedule against the USA.