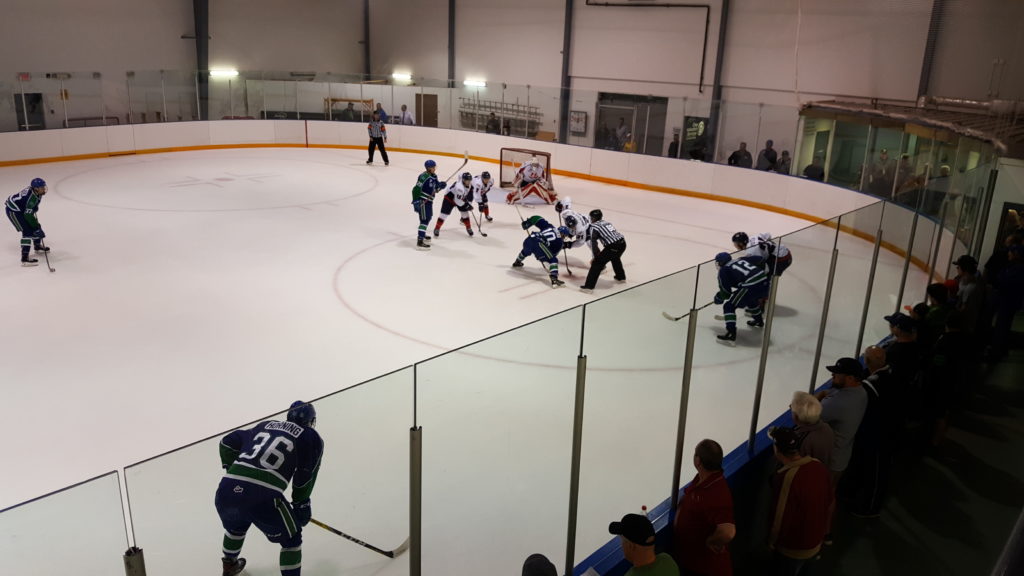 The Swift Current Broncos wrapped up their 2017 pre-season schedule by picking up a 3-2 win over the Lethbridge Hurricanes at Fairview Arena on Sunday night.

Mackenzie Wight opened the scoring by knocking in a loose puck by goaltender Bryan Thomson eight minutes into the first period.

The Hurricanes were quick to respond as Hayden Clayton scored his first of the pre-season at the 13:18 mark to tie it up 1-1.

Broncos forward Ethan Regnier restored his team’s lead after zooming down the right wing and ripping a high shot blocker side from the right faceoff dot to make it a 2-1 game. It was an incredible individual effort by the Prince Albert, SK native.

Midway through the second period, Arthur Miller scored a bit of a fluky goal as he attempted a centering pass from the corner deep in opposition territory, but the puck instead bounced off a skate and snuck by Thomson. The goal positioned the Broncos to a 3-1 lead and it proved to be a critical goal.

Hurricanes forward Jadon Joseph deposited one on a Canes power play to cut the score to 3-2 with 10 plus minutes to in the third installment.

Tanner Nagel hit the post on a shorthanded rush for Lethbridge with four minutes left on the clock but Broncos goaltender Taz Burman stopped every other shot the rest of the way to secure a 3-2 Broncos win.

Burman backstopped 38 shots to earn his first pre-season win while Thomson countered with 21 stops of his own.

Shots on goal were 40-24 in favour of Lethbridge. Swift Current went 1/6 on the power play and Lethbridge finished the evening 1/7.

Swift Current finishes the 2017 WHL pre-season schedule with a record of 2-3-0-0 and return to game action on Friday, September 22nd against the Saskatoon Blades to begin regular season play.