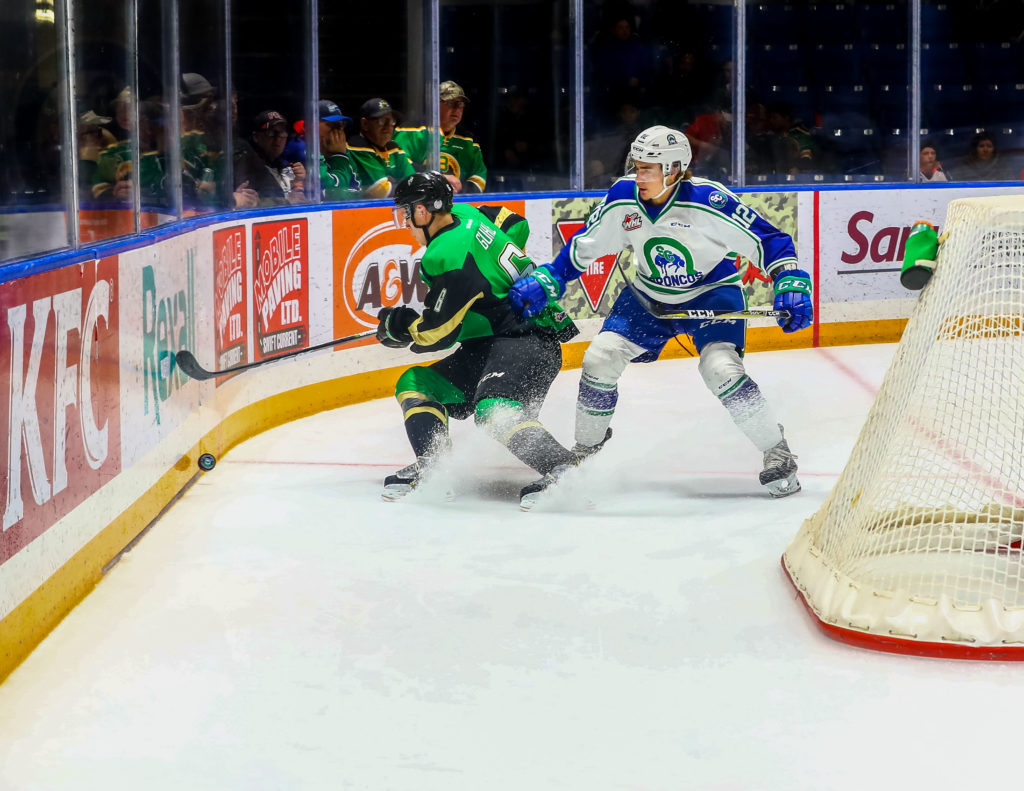 SWIFT CURRENT – SK The Swift Current Broncos (6-13-1-2) found their offensive touch Tuesday night against the Red Deer Rebels, but they face possibly their toughest test of the season this weekend as they begin a home-and-home series with the defending WHL champions, the Prince Albert Raiders (16-5-3-1).

Tuesday the Broncos received goals from six different players and 54 saves from Isaac Poulter in a 6-4 win over the Rebels. The opening goal of the game came off the stick of Justin Svenson, a former Rebels draft pick, for his first career WHL goal.

Two minutes later, Hayden Ostir snapped an 0-for-22 drought on the power play when he chopped a loose puck in the crease into the net to make it 2-0. The Rebels then took control of the game and scored twice in 23 seconds to sent the game to the intermission tied at two.

The next goal didn’t come until late in the second period when Cohner Saleski, another former Rebel, scored his first career goal off the rush to give the Broncos a 3-2 lead heading into the third period.

Jaxan Kaluski scored on a short-handed breakaway early in the third before Eric Houk tucked home a nice pass from Hendrik De Klerk to give Swift Current a three-goal cushion.

The Rebels scored twice on the power play in the third but Brecon Wood hit the empty net to cap off a three-point performance to seal the win for the Broncos.

The Raiders have been off since Saturday when they finished a three-game swing through Alberta with a 4-2 loss in Medicine Hat. Starting goalie Boston Bilous gave up two goals on five shots and was pulled 6:40 into the game.

The Raiders pulled even halfway through the second but the Tigers scored twice in three minutes in the third period to take the game.

Last season, with the two teams at opposite ends of their cycles, the Broncos won just once in eight tries against the Raiders, a 3-2 shootout win at home on December 4. In all, the Broncos were outscored by Prince Albert 44-14.

The two teams will return to Swift Current for a rematch on Saturday night for the Broncos Teddy Bear Toss game.