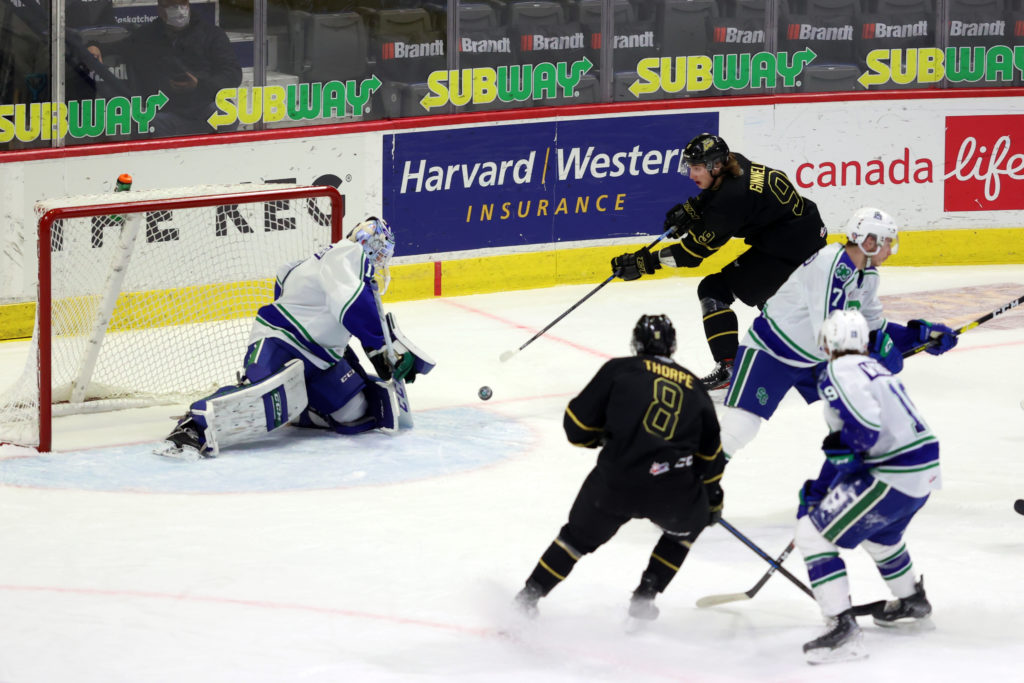 Regina, Sask. – The Swift Current Broncos (3-9-1-0) were in a tight game against the Regina Pats Tuesday night, but a four-goal third period by the Pats handed the Broncos a 6-1.

Down 2-1 heading into the third, the Broncos were in a good position to claw back into the game against Regina, but the Pats turned up the pressure in the final frame by scoring four goals to take the 6-1 game.

The Broncos opponent on Wednesday, the Brandon Wheat Kings (10-2-1-0) have been off since a 3-2 win over the Prince Albert Raiders on Monday. The win was Brandon’s seventh in a row, vaulting them into first place in the East Division.

Wednesday marks the third meeting of the year between the Broncos and Wheat Kings with Brandon taking the first two. First was a 4-1 win on March 18, followed by a 5-2 win two weeks later on March 28.

Swift Current hopes their offence picks back up at the Wheat Kings have given up just 33 goals through 13 games, tied with Saskatoon for the fewest in the East Division Hub.

Catch the action on watch.chl.tv or tune in to Living Sky Casino Broncos Hockey on The Eagle 94.1 with the pre-game show beginning at 7:30.